5.05: Fear the Walking Dead - The End of Everything 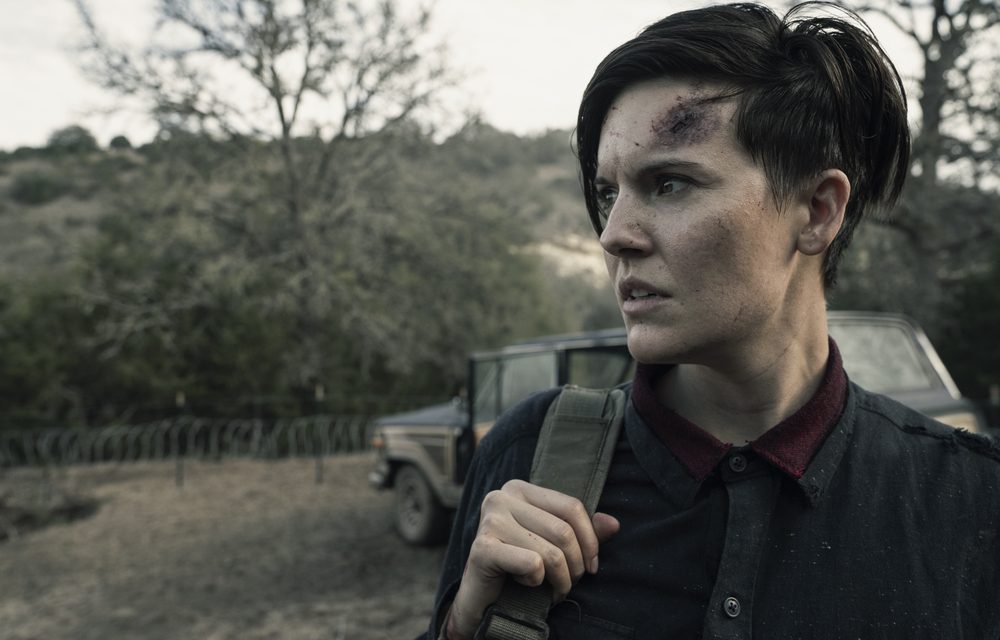 Althea chases a story with dogged determination, putting the mission, and her life in danger.
Click to expand...

What is this "future" that Al's new friend/captor will use deadly force to keep secret?
Some sort of settlement with a strong military element? Al didn't really get much from Isabel, other than sparing her life, of course.
If this was intended to tie the series into the coming Grimes films, it didn't do it very well.

Fear the Walking Dead finally pulled the curtain back on the community which took Rick Grimes away from the Alexandria area on a helicopter in The Walking Dead's Episode 9x05. Fear the Walking Dead Episode 5x05 dedicated most of its Sunday night hour to uncovering the mystery of the three ring group. While Althea did not ask as many questions as she typically does, some valuable details were dropped regarding the group which has Rick Grimes, as far as the audience knows.
Click to expand...

I loved that they had altered the title to feature in a the helicopter. Althea should have known that she was in trouble, when she got captured in the first time. But, it's not like she has been trained to escape and evade in the case of capture. She's a journalist, not a trained military operator or even a clandestine intelligence officer. In fact, Isabel in the other hand seemed to be very well versed on whatever she aims doing.

What I don't understand is that why she didn't secure Althea better? She must have known that at this point the people who have survived the death and turning, must be capable of handling themselves in tough situations, and Althea came on her own at the crashsite.

Does that make Althea A or B? The Trashlady in the TWD called Rick a B-class person, even though she tried to claim at first that he was A.

Isabel said that she had already secured the package, when she spoke to her people. All the dialogue, all her actions spoke that she knows far more about everything than people have known. In my books, these people would be the base-guardians, conducting the Operation Salvation, after the finish of the trilogy. In the Kirkman's world, my hypothesis is that the helicopter people are the last remains of the Authorities, the elite, the chosen ones that needed to be saved because of their knowledge and skills.

Daniel, back in his flashbacks, knew that the Dead were the real thing before the whole world got swollen by the onslaught of the Dead. What I didn't like was Althea asking: "What is the Reclamation Date?" 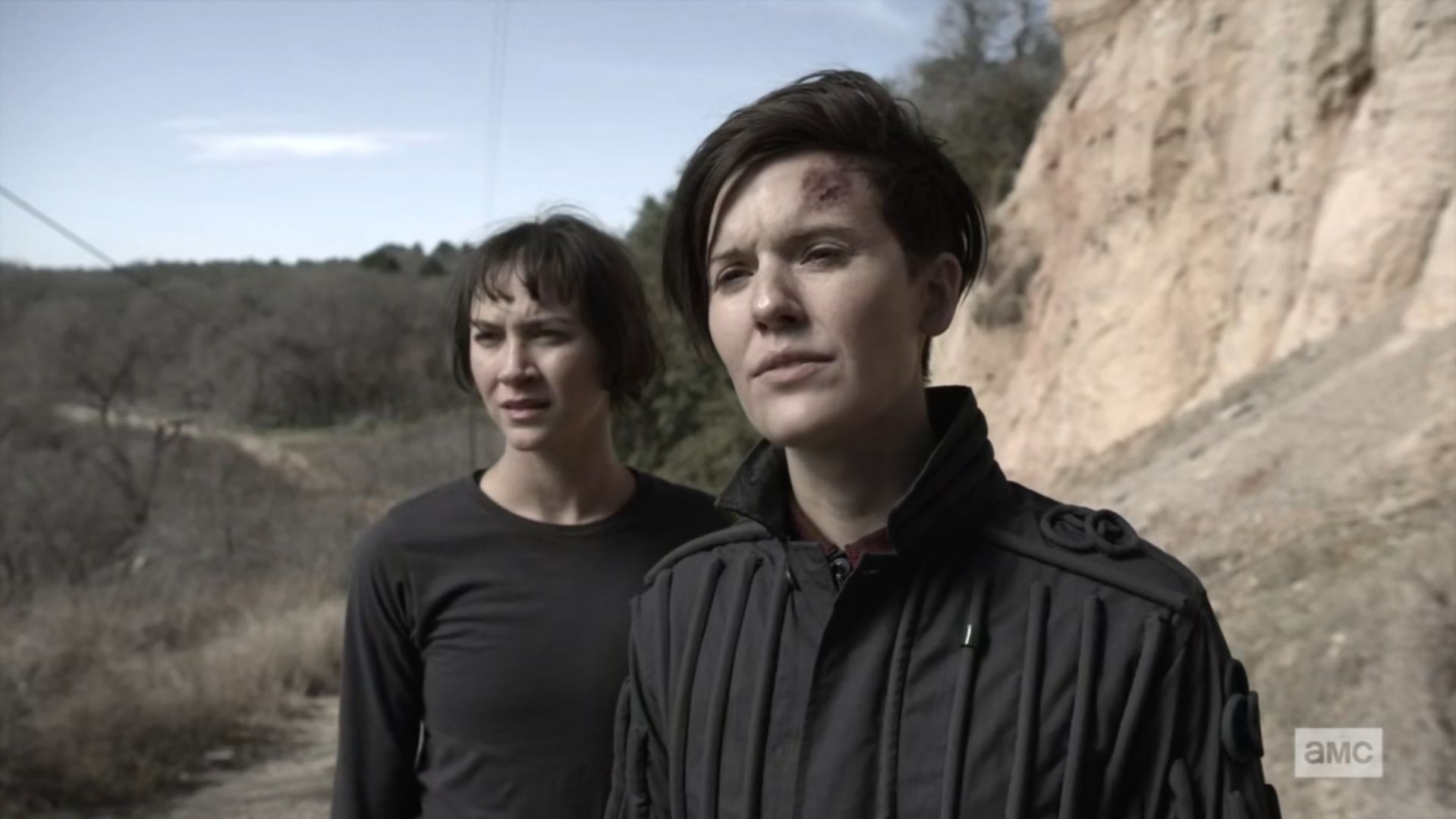 I love that force majore happening on the truck forced them to real band together. Also now that I see the jacket design better, those tubular things might be reinforcements against scratches and bites, similar way to the old school gambeson. It was even more obvious when the zombie tried to bite Althea's arm.

After Isabel watched Althea tape, she could not stay quiet, even if it against her protocols. But what she said was disturbing as it indicated that the helicopter people doesn't care about the living. Maybe they want the whole Earth for themselves? 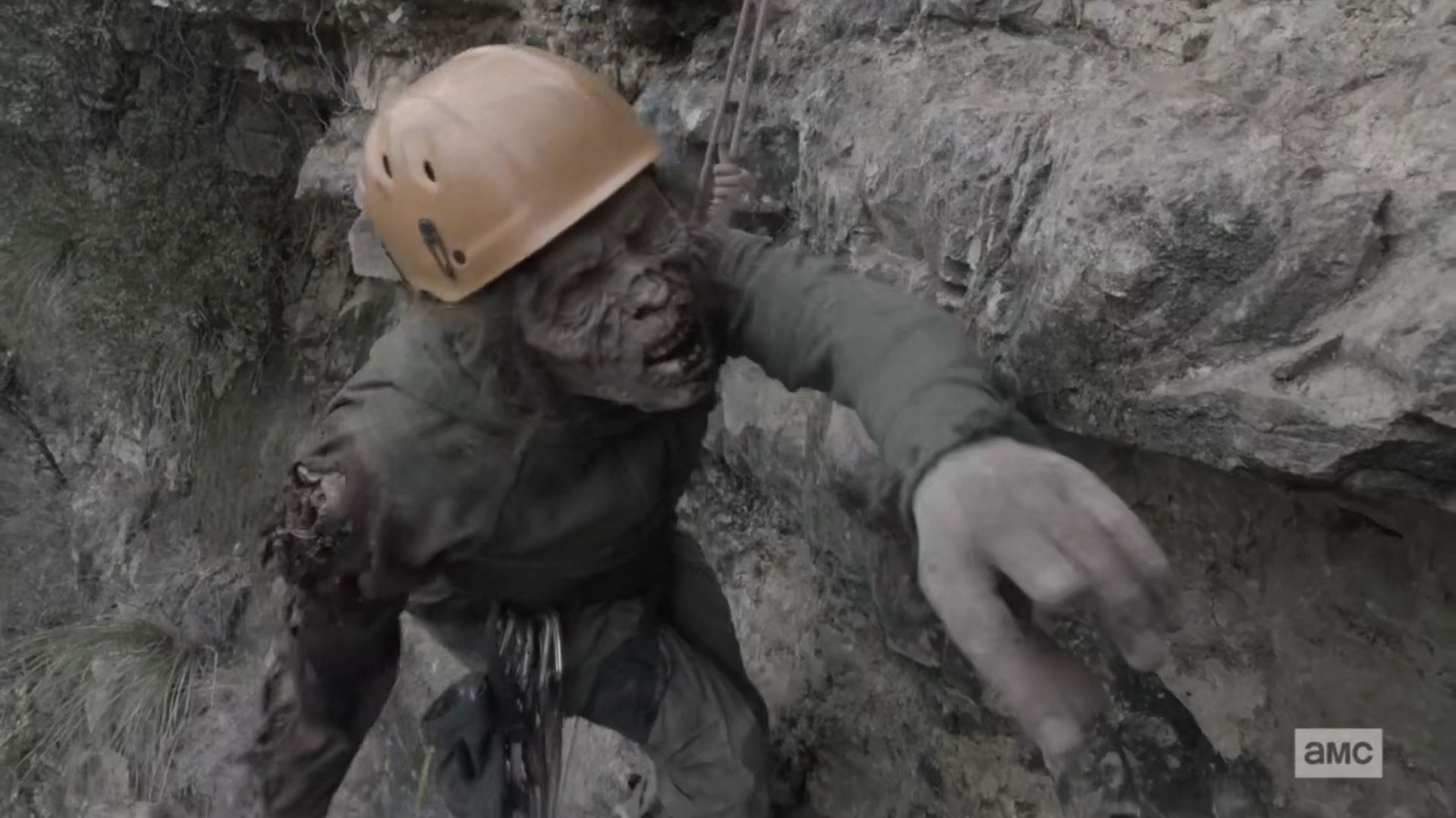 A climber zombie. You have to wonder how did he turn and what happened at the cliffside. I also loved the tension Isabel's fall created, even if you could guess that one of them was going to fall. It was also kind of surprising that Isabel, like me, opened up after the dramatic, near death event.

Isabel told that their mission had been the nuclear power plant, all along, but yet, she did not tell about the package. Althea really had to push her to reveal Isabel's knowledge. She said that they were building for the future, and it all had to remain secret, but she didn't really explain why a past count of Althea observing military movements were thing that need to be hidden.

Maybe the biggest surprise was that Isabel at the end turned to love her subject, as she wanted to make the story important. Maybe she understood that all life is important. It also felt like another God's message for me to continue doing the story, because it matters.

Stories, after all, live longer than any one of us. So, it is no wonder that Authors are one of the most respected professions in the world.

ctg said:
Does that make Althea A or B? The Trashlady in the TWD called Rick a B-class person, even though she tried to claim at first that he was A.
Click to expand...

Helicopter Heaven must be the ultimate gated community.
Qualifications for inclusion are so specific and restrictive that Al didn't even make the "B" cut, despite her budding romance with Isabel.
Maybe HH operatives are not allowed to bring new candidates back home if their mission objectives are not recruitment. Had Al been a water quality specialist, she might have hitched a ride instead of making that oddly mechanical separation from Isabel in the clearing.

REBerg said:
If this was intended to tie the series into the coming Grimes films, it didn't do it very well.
Click to expand...

I was really looking forward to hearing "Althea's Story" so, yes, this episode was a huge let-down. All we learned about her was her double barrelled surname and that she is gay.

Not very much revealed really, though we can make some assumptions.

ctg said:
what she said was disturbing as it indicated that the helicopter people doesn't care about the living. Maybe they want the whole Earth for themselves?
Click to expand...

That whole, "If I tell you then I'd have to kill you," cliche! I could accept that some much bigger plan to save the whole Earth, might require the sacrifice of a few people, but yes,we didn't get anything about the much bigger plan, and therefore cannot make such a judgement. That they have serviced helicopters, and a network of supply and fuel dumps, requires a large organisation, well planned and with good communications.

REBerg said:
Helicopter Heaven must be the ultimate gated community.
Click to expand...

It does seem that way. Are you born into this privileged society? Or, can you work your way from a "B" to an "A," which Rick obviously did, only Althea does not measure up. How are the new residents chosen? Is there a committee that takes nominations?

Dave said:
That they have serviced helicopters, and a network of supply and fuel dumps, requires a large organisation, well planned and with good communications.
Click to expand...

Yeah. The reclamation team has to be loads of people, not just one big chopper and murder crows protecting the crew loading in the cache. Besides the point, I don't really get why they have to reclaim anything unless they have a need. A bad one. Nevertheless, the survival manual says to make several caches as a backup. You then move between them and go further, until you reach whatever it is. So, again what is the plan?
Last edited: Jul 1, 2019

So we either have what's left of the government or some sort of elitist group who are trying to reboot society.

Populating their New World order by a specic type of person, what the criteria is I'm not sure. Intelligence? Ability to survive? Leadership? All the above have better candidates than Rick.
The only thing I can see that sets Rick apart is he was in a coma when the outbreak occured, how the helicopter people would know this I haven't a clue.

This had the feel of a filler episode, getting Al back to the group, maybe isabel will desert her group, steal a helicopter and join the fear guys in a later episode.

Next week will probably be Strand and the others looking for away to rescue them.

I'm slightly annoyed, they lost their base to another group, introducing a new antagonist but we have had no follow up yet.
Last edited: Jul 2, 2019

nixie said:
I'm slightly annoyed, they lost their base to another group, introducing a new antagonist but we have had no follow up yet.
Click to expand...

They could bring all in one episode, but that could be a choppy and annoying. I rather like what they have done so far, even if it is pissing you off.

Unfortunately I missed a bit of a conversation in the middle because I fell asleep. Will check it again. I found it dragged a bit, though there was a bit of action for the twosome. Fear the Walking Dead does seem to be getting a bit more like the recent Walking Dead seasons. Having said that, it got some good reviews. Some interesting tidbits in there and we always like to see the Walkers in a new situation.

Judderman said:
Unfortunately I missed a bit of a conversation in the middle because I fell asleep.
Click to expand...

I have same problem but in my case it's because of the stress and the relentless pressure that Viv's condition caused to me. I hope you are not in the same place, because it's not nice. I, however, like that I'm not the only one.