Cities Of The Future

Let's have a thread that gathers artistic images of the cities of the future, to inspire our imaginations.

This is Robert Crumb's City Of The Future.

Metropolis by RichardDorran on deviantART 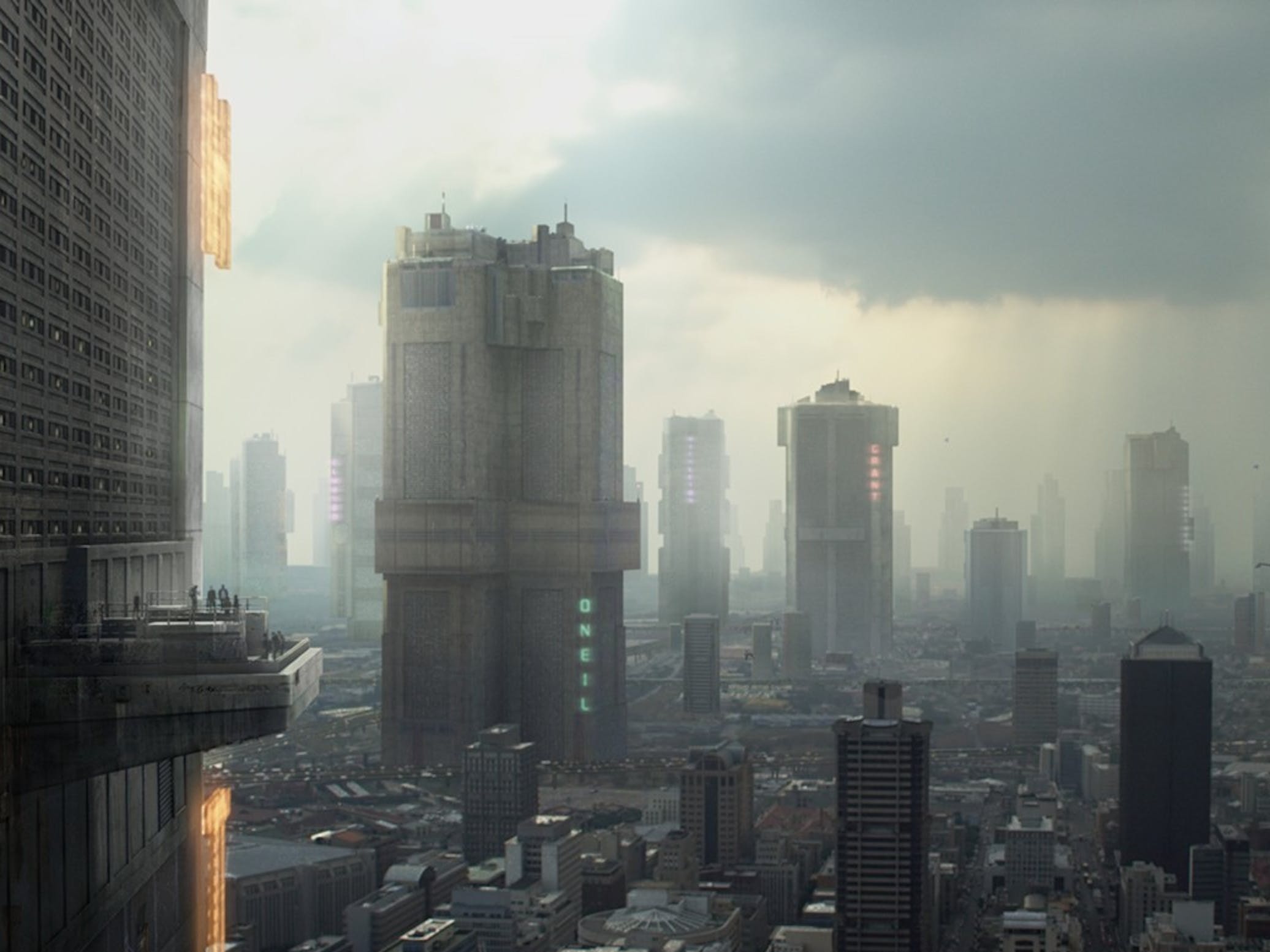 Compare the above with the original Mega City One, by Carlos Ezquerra, which bears a resemblance to Crumb's image.

This is one I have been trying for some time to contact the artist about seeking rights to use it as a background image for my second novel in
Liberty Stumbled: Sci-Fi Street by Andre Sutherland (wish he'd answer, I feel like a stalker ): I always wanted to live in a future city that's bright and shiny. With lot's of vegetation, flying vehicles and androids. Plus, we'd have the option to live on other worlds.

Though not wanting to derail the thread, regarding the 2000AD-CE Mega-City 1 cover above, I know there have been a few back and forth numbers on population and size, that was one of the fun things about my initial novel Lest ye be Judged in the LS series... Set VERY near future vs. the 2099-date of MC-1, my CASE City I wanted a tad denser...

Though my thoughts typically lead to dark cities of decay and dystopian oppression, I have to admit that @Starbeast 's image above reminded me of my other half when thinking of urban environments. So, I decided to look up some visions of the future based upon sustainable, blending of the things of man and nature. 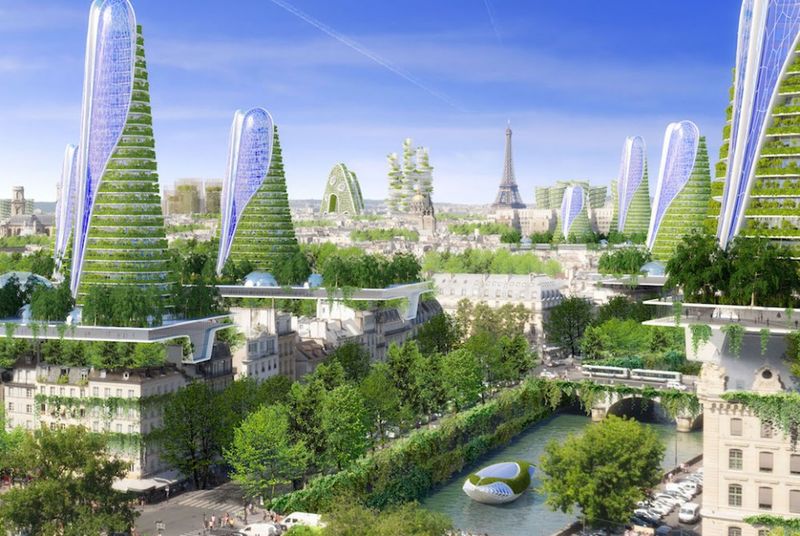 In contrast, I have been following Detroit, Michigan's rebirth. If you investigate how the city grew (actually only very recently), spread out, then decayed from the inside out as new edges were added forsaking the old, some of the visions above are very much what they're leaning toward. First a proposal for using the freed up space as downtown is demolished, house by house, block by block:

Areas once dense neighborhoods, have turned to barren plots: 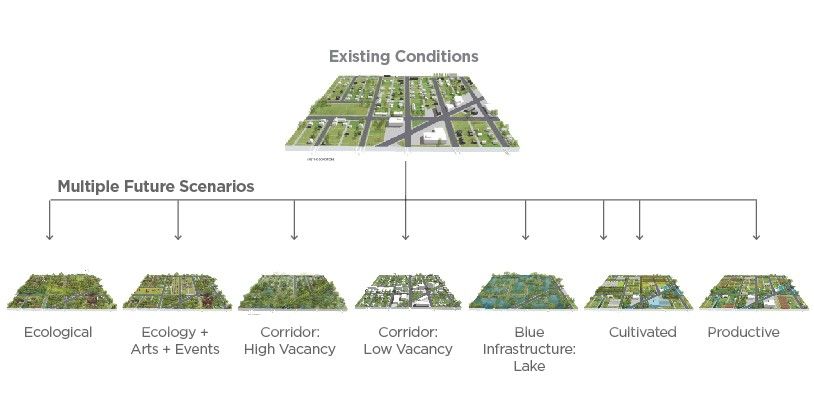 You guys need to watch Midnight Special. Can’t say without spoilers so I’ll just leave it at that.

Some of Roger Dean's poster pictures and album covers included objects that could be cities - most are landscapes; floating rocks and alien animals and plants, but often with "organic-looking" buildings: Dragon's Dream 1985 - 2008 - Roger Dean

As I don't want to risk stepping on any of the artist's toes by posting their artwork somewhere without asking them first, I'll just post the link instead. On a digital artists community I'm on they had a 'cities of the future' art challenge. All I can say is, 'wow!' You might find some great inspiration from these creations.

Darn. I posted this as its own thread, but I should have posted it here. Jack Kirby, 1966. A rare example of his uninked pencils surviving. Simply gorgeous.

Dask,you gotta be a fan of the trialblazers:Schoenherr,Gaugan,Freas,Emshwiller,right
What happens when a catastrophe hits a city (or building of the future?

hardsciencefanagain said:
Dask,you gotta be a fan of the trialblazers:Schoenherr,Gaugan,Freas,Emshwiller,right
What happens when a catastrophe hits a city (or building of the future?
Click to expand... 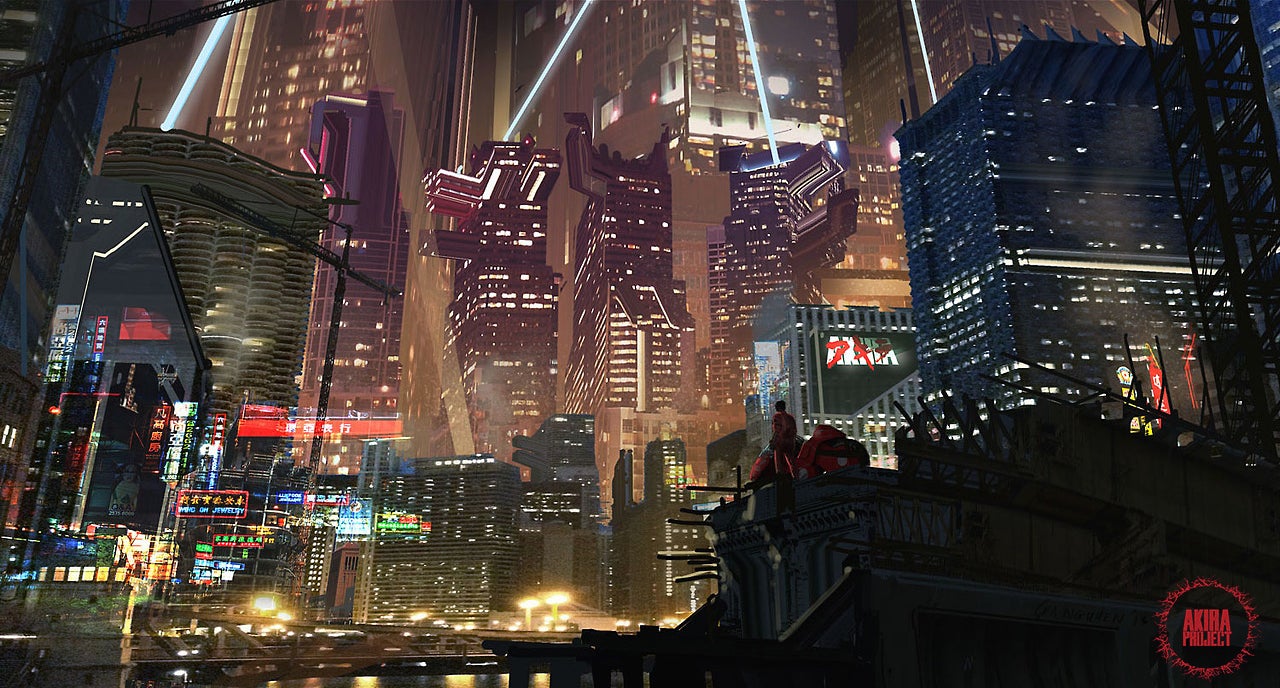