Jo Zebedee said:
I was recommending it to my kids - no way now.
Click to expand...

So, I put in NSFW and you were thinking kids will watch it???? Maybe everything I do just doesn't work.

ctg said:
So, I put in NSFW and you were thinking kids will watch it???? Maybe everything I do just doesn't work.
Click to expand...

See above. One of my kids is an adult now the other is younger but is of Deadpool age. This means drawing a line is harder these days.
Last edited: Mar 22, 2019 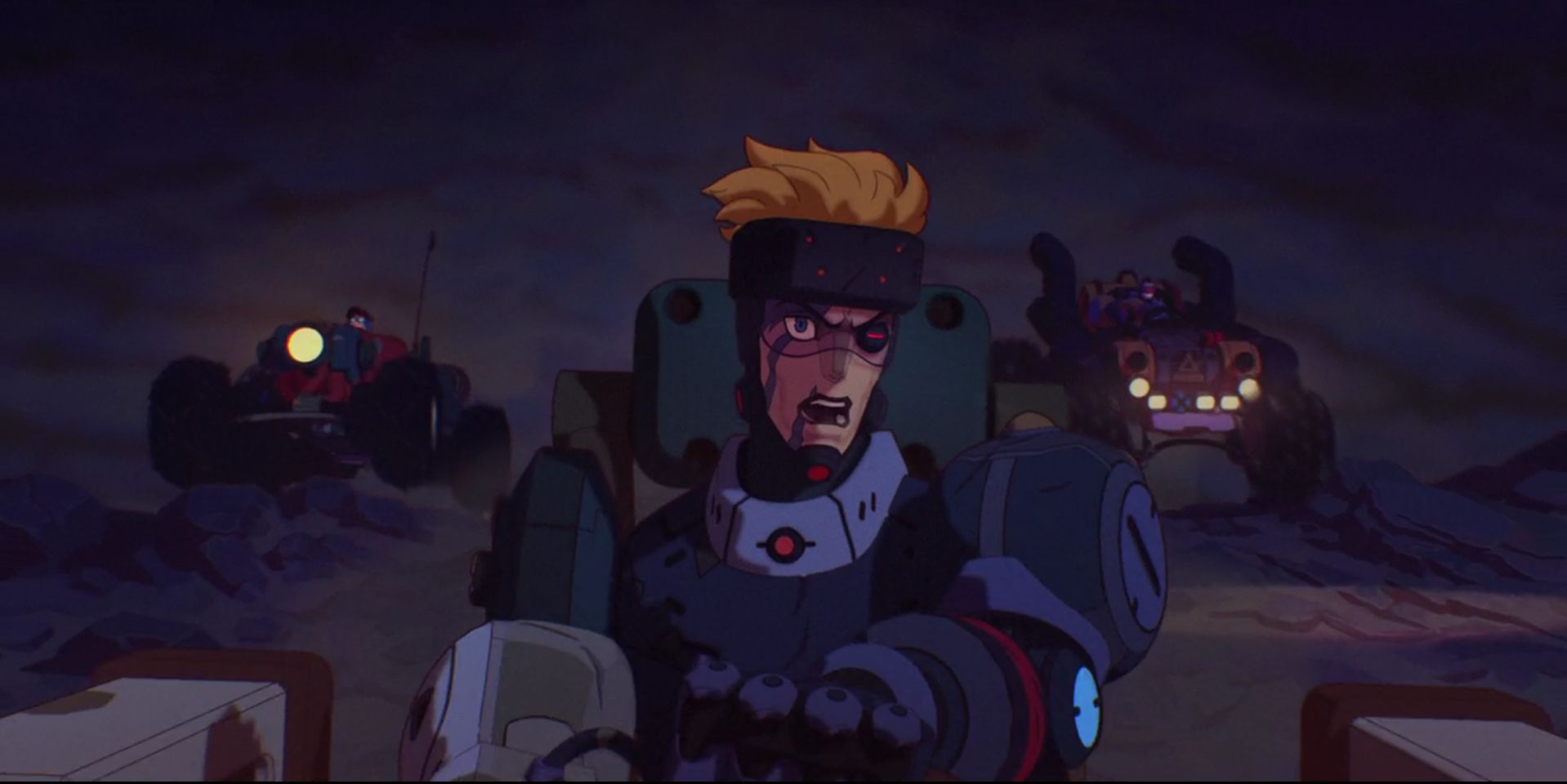 A gang of cyborg thieves stage a high-speed heist of a heavily armoured convoy.
Click to expand...

Very short. Very old school cartoon style, but same goes as well to the script as it reminds me stuff from all they back in the 80's. I personally liked this cyberpunk tale, and I never would have thought something like this would be appearing on the small screen. When the blindspot appears, it's brilliant. 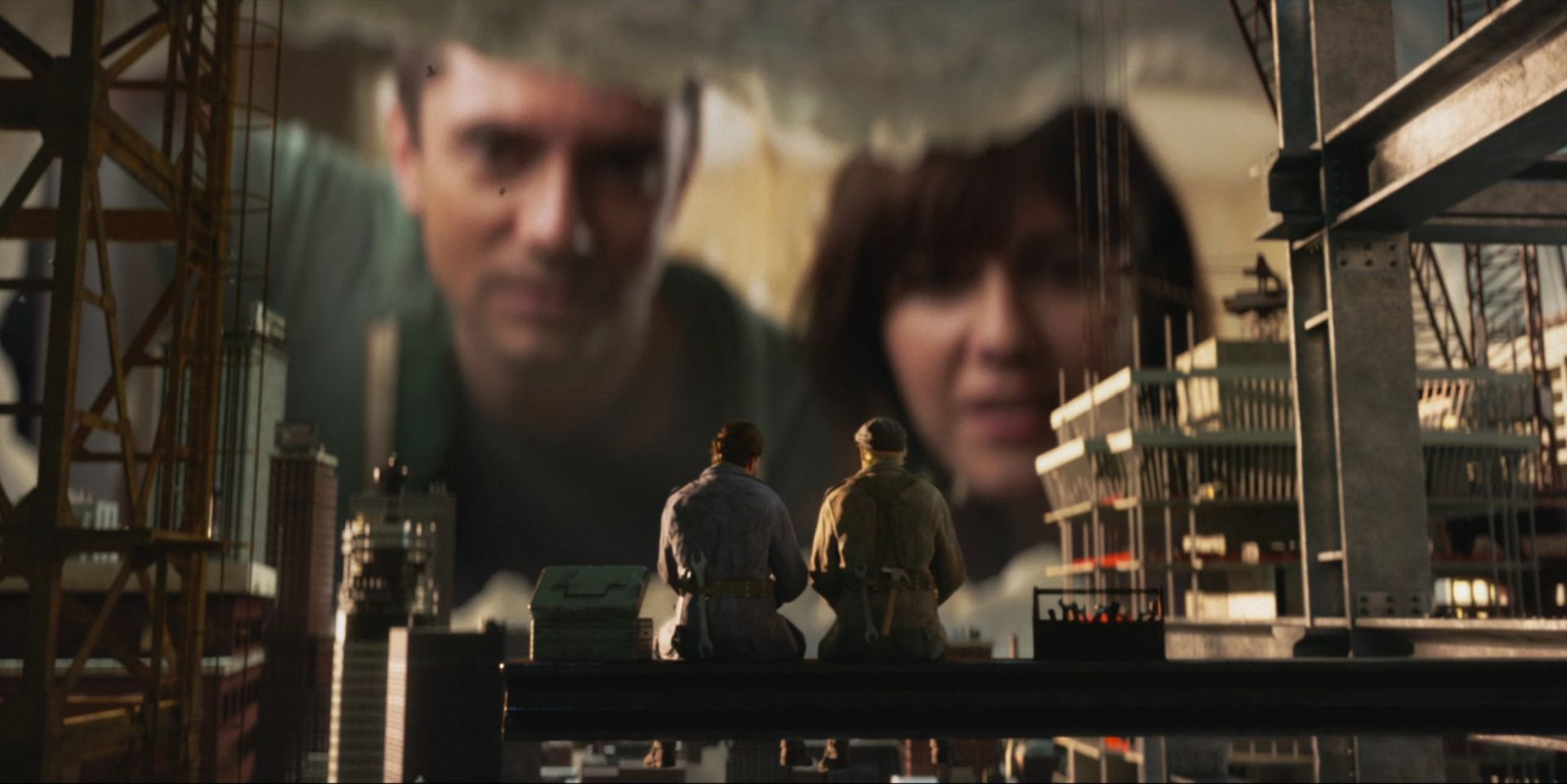 A young couple moves into an apartment and finds a lost civilisation inside their antique freezer.
Click to expand...

The only entry so far that is mixing realistic CGI with real life footage. The tale is super intriguing Alternate History/Urban Fantasy and it's mostly funny. You could write a whole book or make a movie about it. I really like that they showed the whole arc of a civilisation advancing towards inevitable death as if the fridge had somehow developed a temporal space anomaly in it. 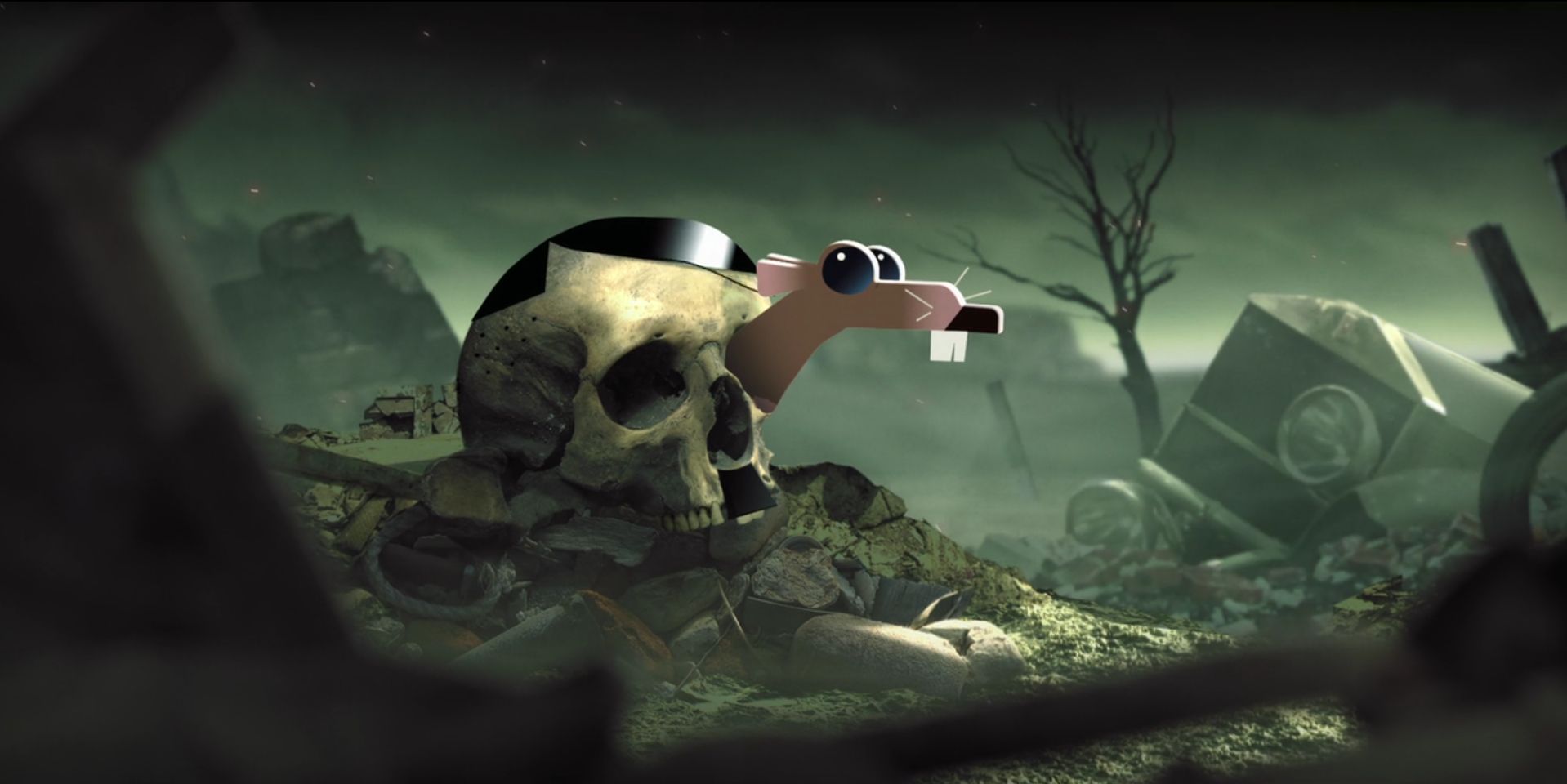 Want to see Hitler die in a variety of comically fantastic ways? Now you can. Welcome to Multiversity!
Click to expand...

Another very short, and another Scalzi's work. Modern cartoon. Speculative SF. Show dicks, tits and bums, so NSFW. But for a man who likes TT and wierdness, I didn't feel a pull from this shorty. It's strange because I usually like Scalzi's work. I liked the rats.

Elite units of the Red Army fight an unholy evil deep in the ancient forests of Siberia.
Click to expand...

Knowing the source material aka : SNAFU Anthologies from Cohesion Press, I knew more or less what to expect. Some worked, and I enjoyed. Some were very Meh..... to the point of being annoying. The sexual exploitative elements were actually a lot milder than I thought they would be, knowing, as I said the source material, and the sub genre of the SF genre.

It took wired quite a bit of time to get this article written.

If you haven't figured it out by the time you see a young Hitler being fellated by a Viennese sex worker, Love, Death & Robots isn't your average Netflix show.

Of course, if you haven't figured it out, you probably haven't been paying attention: "Alternate Histories," which features said act being performed upon said icon of evil, is the 17th of 18 episodes in the animated anthology. By that point, you'll have seen full frontal nudity (male, female, and demonic); you'll also have seen a zero-G rendition of 127 Hours that deserves every Foley Art award possible, plentiful crushed heads, and even more plentiful arcing ichorous spews, and a sex scene that looks like the result of Cinemax becoming a game developer. You may not want to watch with your youth group leader is all I'm saying.

The anthology, from a team of executive producers that includes David Fincher and Deadpool director Tim Miller, is a viscerally enjoyable (and just plain visceral) conflagration of the senses. It does a great many things very well, a few not so well, and takes absolutely nothing seriously. But most importantly, it signals that Netflix isn't just paying lip service to the spirit of experimentation. The more naked and gleaming the streaming platform is willing to become, the more urgent its programming will be—and the better it will withstand the coming
Click to expand...

'Love, Death & Robots' and the Rise of NSFW Netflix

you see a young Hitler being fellated by a Viennese sex worker
Click to expand...

That's in the show? Seriously?!
If you find chronicles helpful, help chronicles: upgrade your membership to Supporter.

Yes, Alternate Histories, by John Scalzi. Two posts up. I gave NSFW for that scene alone.

Bumping this. Having recently gotten Netflix I finally watched this over the weekend. Some really good stories. My personal favourite was probably Lucky 13.

It was good to see Alistair Reynolds on the screen.

Does anyone know if it’s returning for a second season?

Rodders said:
Does anyone know if it’s returning for a second season?
Click to expand...

The second season has been commissioned. When it comes out, we don't know and we certainly cannot be certain it would be this year, because the corona is affecting soo many things.

I saw half a dozen of these a while back. I felt that the lighter, more whimsical ones were better: the "darker" they got, the more puerile and computer-gamey they felt. Fish Night and Ice Age were particularly good. More slick than deep, overall.
The Imposters - now available on Kindle and in paperback!

"Beyond the Aquila Rift" horrified me in so many ways. "Three Robots" is my favorite so far, in a great part due to the triangular robot's joking.

Looks good and i can't wait to binge series two.

Nice that S3 is approved, too.

I've only just got around to sorting out Netflix on the tv (though my wife has been improving her Spanish by watching Spanish shows/films with Spanish subtitles for a while on the laptop) so have only seen a few of these this week.

Sonnie's Edge had a great fight sequence and a nice twist, Beyond the Aquila Drift looked gorgeous but I would have liked a little more expanation - and narrowly avoids gratuitous nudity* as it was the guy's fantasy, Three Robots was funny, clever, cute, Secret War was another great looking piece and had a good story, Ice Age was good, The Witness had a fantastic twist but I thought the fetish club was gratuitous (the story would have worked without it) and the jump-cuts(?) and loud music was distracting, Suits was OK, but the final shot didn't really make a awful lot of sense, Sucker of Souls was nothing special, When the Yoghurt Took Over was clever and very funny - my favourite so far.

As someone else has said, certainly a Heavy Metal vibe about the stories - which is fine - but I hope there is more of the lighter material.

Matteo said:
As someone else has said, certainly a Heavy Metal vibe about the stories - which is fine - but I hope there is more of the lighter material.
Click to expand...

Thing with the Heavy Metal is that they have now own studio, with those famous artists lining up for work on their animated stuff. So it's not really fair to compare this to the Heavy Metal, even if both shows naked bodies and other things. But do you mean with the lighter stuff comedy or something else?

I meant the comedy/quirky stories.

Season 2 hasn't come to UK Netflix yet. I expect it will come soon?

Dave said:
Season 2 hasn't come to UK Netflix yet. I expect it will come soon?
Click to expand...