Diverting a starship to allow a crew member to take his annual potty break seemed like a crazy premise unless you recognized the parallel to Spock's slightly more serious dilemma in "Amok Time". Not coincidentally, that episode led the second season of the original series.
Overall, I thought this season premiere worked. Humor was dialed back in favor of personal relationships, but Captain Mercer's shuttlecraft "drivebay" to check on his ex was a funny bit.

I'll watch this later. Won't read spoilers yet. I just wanted to say that people can change their minds about something. This old post of mine is getting a lot of likes but I no longer fully agree with it and that IS allowed.

Dave said:
That's a very long trailer, are there anymore jokes left that weren't spoiled in it?

It's just Galaxy Quest, but not as we know it, Cap'n. I rarely LOL at the TV, even at Family Guy, but those jokes were old. The Family Guy Star Wars spoof episodes were funnier.
Click to expand...

It grew on me over time. I liked the humour. However, I preferred it when it was clever science-fiction with humour doing a homage to The Next Generation than when it was toilet humour and sexual connotations. As I have said before it needs to decide what it is for. If they have sorted that out now then it will be good.

There is a place for this along side The Expanse. If the Expanse doesn't do as well, that is hardly the fault of Seth MacFarlane. Neither is it his fault that no one made Galaxy Quest into a TV series either (which would have been awesome.)

The Orville, Seth MacFarlane's warm homage to the Star Trek franchise, delighted viewers with the interstellar adventures of the crew aboard the titular starship. As the series gears up for its season 2 premiere on Sunday night, Ars sat down with writer/producer and science advisor Andre Bormanis to talk about some of the science behind our favorite episodes in the first season.
Click to expand...

"It's a love letter to 'The Next Generation,'" said Mark Jackson, who portrays Isaac on the show. "I think it's a really beautiful thing. Seth has captured the best elements of that show and transported them into 'The Orville' and made it a different show."

Isaac is the Orville's science and engineering officer – in essence, the role he plays is akin to Spock or Data in the bridge crew. Isaac is a member of an artificial, non-biological race from Kaylon-1 that views biological lifeforms, including humans, as inferior. He accepted the position on the Orville because he saw it as a way to study human behavior.

"I think most of the humor in 'The Orville' is not derived from a parody of 'Star Trek.' I think its humor that stands on its own feet," says Jackson.

"I think it's humor that comes from observing the daily life of the star ship in the future; the boring bits, the bits you don't tend to see on screen where people have bad hair days or badly behaved children or burn their dinner. It's those mundane daily activities that 'The Orville' captures so well and that's where a lot of the humor comes from."
Click to expand...

'The Orville' Season 2 Launches Tonight! Here's What to Expect Straight from the Cast.
Last edited: Dec 31, 2018 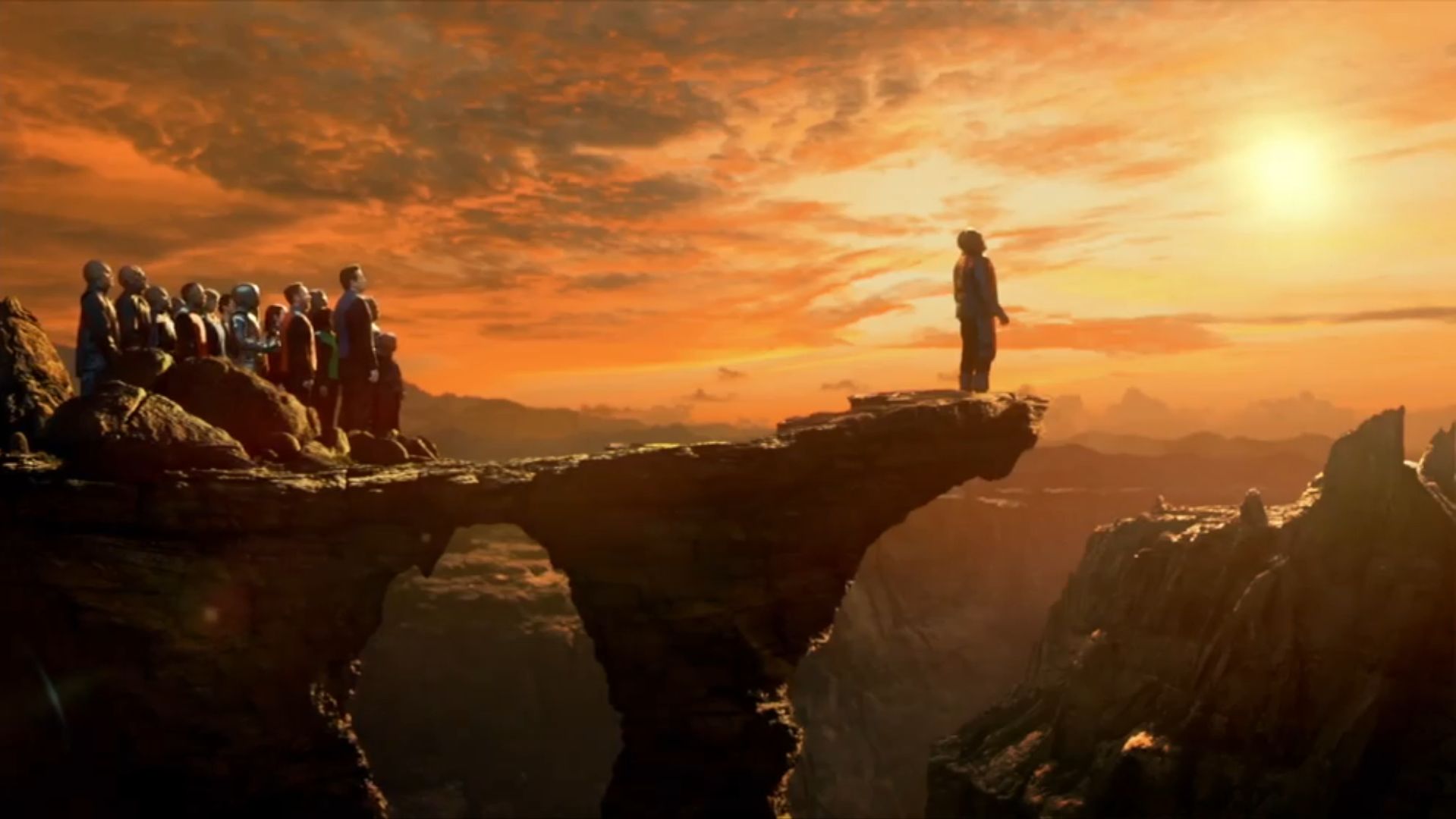 Silly episode and a slight disappointment for those expecting to find a great SF story. However, you can find two smaller SF stories, one in hacking and another one in a cultural reference to another species, in this case, the most mysterious Bortus.

We know that we have species that can hold breath in for hours or live deep in the dark ocean, next to the black smokers that churning out super heated acidic liquids. But, man, holding a piss and then releasing at the top point of the ceremony is something that our human minds cannot take seriously. Then again all members in Bortus species are men, and they repopulate via hatching eggs.

Even though the family angles annoyed me, I did find new faces, even having larger families and them being strangely distant to each other make me think that the Orville is bigger than it really is. The thing is that introduction of those children and their parents, plus distance that the people are presenting in Orville's multiple bars and restaurants gives an impression that the Orville has thousands of people living inside her.

In the last year the ship with smaller cast, felt smaller, but now it's bigger and more closer to ST Discovery class than ever. At above the cast members claim that they didn't wanted to include teleporters, because they couldn't handle the matter configuration at atomic scale. It is just that replicating a zipper-jacket and a bottle of vodka is the same thing.
Season beginning was funny. I mostly turned off my brain and enjoyed the low key humour that strangely lulled back in the time, when I watched TNG and DS9. I was surprised by the number of young cast members and how big it made the ship feel.

If you are a serious SF lover, you won't find a pleasure in here as none of this episodes plotlines venture there. It's still good to have this series back in the small screen. Let's hope they'll show soon something grand and spectacular.

The first new episode was like "Leave It To Beaver" in space with a little "Happy Days" mixed in.

REBerg said:
Humor was dialed back in favor of personal relationships.
Click to expand...

It was, but as you say, there was a more subtle humour, and a more directed humour rather than the splatter paint approach last year.

I like this show. It is easy to watch, and on occasions, that is exactly what I need to watch on TV.

By the way, some animals can excrete Uric Acid crystals. It conserves water, but the process is energy intensive. In birds the result is guano. So, not peeing for a year is entirely possible from a physiological point of view.

They should rename this show The Awful. Tedious, poorly written drivel that occasionally irritates. That being said I'll watch the next one in the hope that it will improve. Not overly hopeful.

Improve in what way?

Better scripts for a starter.

Droflet said:
Better scripts for a starter.
Click to expand...

True, they could as they did have a couple of truly wonderful ones last year. So be patient, it will come. It's just at the moment there is so much of expectations from The Orville to perform spectacularly that I'm sure we are looking the show too harshly. To be honest, the pilot for this season was almost pure soap. So, yeah, to satisfy SF nerds they need better scripts.

REBerg said:
A most unfortunate acronym.
Click to expand...

2) Besides the way cool ship design and the humor, it's Star Trek!

It also helps that Brannon Braga has been the Executive Producer of every episode.