I saw something online about a manuscript being found.
A radically different version of The Number of the Beast.

There was a few words about it getting published this year but I lost the link.

Has anyone got info about this please?

An alternate text for The Number of the Beast?

pyan said:
This one?

An alternate text for The Number of the Beast?
Click to expand...

Yeah, cheers, that's what I started reading but then I lost and couldn't find it.
TNOTB got a bit cloying and sugary IMO so I hope a new version ends a bit better

I read about this on Heinlein’s Wikipedia page - it’s referred to as 666 on that site.

If there's anything the world doesn't need it's another version of Heinlein's The Number of the Beast. I like Heinlein generally but this one was excruciating to read.

By all accounts, this will now be published mid-2020 and will be titled The Pursuit of the Pankera.

That makes it sound more accessible than TNotB.

Indeed. It sounds like something I'd want to read.

Ditto, I'm looking forward to it

It seems it’s being published by a small press (Phoenix Pick) and given the cost, they have initiated a Kickstarter fund-raiser to publish it. I’m slightly surprised a small press publisher got the gig for this as it will sell fairly well I’d have thought. 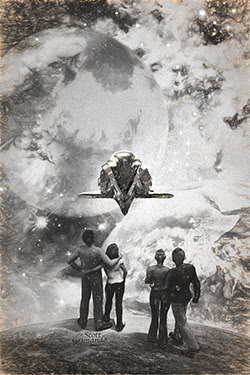 A Kickstarter campaign has been launched for the new Heinlein novel, The Pursuit of the Pankera. If you were planning to buy the ebook, you should probably go ahead and use the campaign to get an a…
lfs.org

That is surprising. I don't back Kickstarters as a rule.