I'm sure that actually came up in a later episode. Worf kept jumping between alternative realities and in most of them Riker was Captain and Picard had died in Best Of Both Worlds...

Maybe 40 years ago. Today I would fall flat on my nose!

Well, it does require you to be in two places simultaneously...

I thought that was when you grew a beard and pretended season 1 didn't happen.

BAYLOR said:
Ive often wondered What Trek would have been like had Patrick Stewart bowed out of the series in the 2 parter The Best of both Worlds , leaving Rijker in charge of the Enterprise. Wasn't ther a time When Patrick Stewart wanted to leave Star Trek ?
Click to expand...

I seem to recall seeing a documentary which said that he did have reservations about it. I think it was because early on he was still doing Shakespearian acting and I think part of his desire to leave was because he wanted to do meaningful work with his acting and, at the time, didn't see Startrek as meaningful - it was just a sci-fi. I think over the years and having seen how much impact the show he worked on and how much impact his character has had on people has changed his view and given him great faith in the work he did.

Yes, I read this today. Not perturbed, because I think they could find a better Kirk!

Cathbad said:
Not perturbed, because I think they could find a better Kirk!
Click to expand...

Is that a put down/complaint about everything produced that I hear. Surely, not? I was perturbed when they blew up planet Vulcan. How can you have Star Trek without the second most important race/planet?

Dave said:
Is that a put down/complaint about everything produced that I hear. Surely, not?
Click to expand...

I enjoy the new movies. I just don't think Chris Pine is a very good actor. Then again, neither was William Shatner.


I enjoy the new movies. I just don't think Chris Pine is a very good actor. Then again, neither was William Shatner.
Click to expand...

Shatner was at least a Shakespearian actor trained at McGill University. So he knew he wasn't a great actor.

I just wish Paramount would dump Abrams. He has no idea how to do Star Trek. Or Star Wars.

So we came up with 10 suggestions for Picard's return to the small screen that still adhere to "Trek" history:

And, set phasers to "stunned:" It turns out that CBS is also discussing some "Star Trek: Discovery" spin-offs — specifically, shows for Michelle Yeoh's Philippa Georgiou, the former ruler of the Terran Empire in the mirror universe who ended up in the prime timeline and joining Section 31, and Rainn Wilson's Harry Mudd, the criminal and con artist with cosmic charisma.
Click to expand...

A small section of dialogue has been leaked by someone with access to the scenario 10 team: 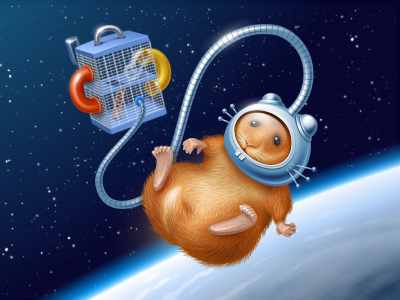 I jumped up and down seven times in excitement for this!

Spoiler: I fell in the end, but averted sitting on the cats. Fact: Hardwood floors hurt.

Vince W said:
I just wish Paramount would dump Abrams. He has no idea how to do Star Trek. Or Star Wars.
Click to expand...

That's why I call him Jar Jar Abrams.

The only question I ever thought was hard was "Do I like Kirk or do I like Picard?"

Stop Simon Pegg from having any creative input whatsoever, and the films could rediscover the brilliance they used to have.

But are you fluent in Javascript as well as Klingon?

also their report on Patrick's return