Using Human History as a guide Could Our Present Civilization Fall Into a New Dark Age?

sknox said:
Few historians use the term Dark Ages, for a couple of generations now. It's not merely an unhelpful term, it leads to a good deal of misunderstandings. Early Middle Ages is more common and more neutral.

Similarly, few historians speak in terms of "advancement" as a useful historical concept. For one thing, it tends to restrict the conversation to technology or production and so leaves out huge areas of human experience; for another, it tends to proceed from progressivist assumptions that say more about modern times than they do about the Middle Ages.

There's a huge body of literature about the early MA, going back at least half a century. Anyone wishing to know what historians think about the era can easily find more books on the topic than they could read in a decade; Patrick Geary's Before France and Germany is old but still a worthwhile starting point.

Much the same can be said about the decline of Rome. That, too, is a concept rarely voiced, for at least as long (the two--decline and fall, and dark ages--are closely related). Change and transformation are much more useful as a framework for understanding the period. What period? I (and many other historians) would put it between Constantine and Charlemagne--early 4thc to mid 8thc. There has been a great deal of very fine work on those centuries. It's also worth mentioning that the documentary record is fuller than many people suppose.

And I'm not even a specialist in this area. Talk to someone actually working in the field and you will get a much more detailed (and more current) response.
Click to expand...

I jumped into this thread to more or less support your point that the term "dark ages" was misleading. I'll grant that I'm a contrarian Devil's advocate by reflex, and that you are perhaps reacting to my

[Maybe I'd have emphasized the "most" if I had suspected any were in the house, but I stand by it.]

and/or to my mention of Professor Hoffer, whom a lot of American historians would retroactively abort if they could find a time machine, but still, the ["Trust me, you ignorant peasants. I'm an expert."] tone of this would provoke an astronaut to defend flat earthism.

The "decline of Rome" is not some silly illusion or "construct" (egad, what a pretentious term) born of distorted ethnocentric or presentist perspective. One may argue about whether it was a good or bad thing, and I lean toward good, and the causes, and I believe in several, including Mises' & some of Gibbon's, but the reality is not realistically disputable. It's objective fact, supportable by many quantifiable metrics. This one for example:

from Graph of the Population of Rome Through History


Look at it. That is a decline. Unambiguously and objectively. You claim that "few historians speak" of it, but "few" is a vague word that I suspects translates "none of the people I like." Certainly the most casual search will show that many do employ that term. This guy for example, uses the term freely without apology. You can't dismiss him as second rate, elderly or a hick from flyover country. He's young, well credentialed, and teaches in the belly of the beast of pomo insanity:

My area of research is in the history and languages of the ancient Near East. My primary specialization is in the Hittites (ancient Anatolia/Turkey), the Hurrians (northern Mesopotamia, Syria, southeastern Anatolia) and the Urartians (eastern Anatolia). I have also been heavily involved with...

As much as many hate it, some things are not just matters of perspective. Some things are real, and reality matters.
Last edited: Aug 13, 2021

BTW, I shouldn't have let my word pedantry about "dark ages" or "decline" distract me from the actual point of the title question. Darn tootin' [will that pass the cussin' filter?] it could. It looks to me like we are in imminent danger of our Great Filter moment. Not that I expect a sudden catastrophe - more like going too far down the wrong road to turn back and a long, slow and irreversible decline in options. I can't honestly answer the detailed questions of the OP about how, patterns, and signs and so on without treading into forbidden intellectual territory of Things of Which We Must Not Speak, though. So, I'll leave it at that.

Coming Dark Ages for continued enlightenment. The decline will probably be in things we don't want to see going away. Other practices that hold things together by keeping them in line will probably get stronger. There will be a great deal of energy expended doing what people will be doing to maintain their situations. Responding to situations will probably be geared towards getting the machine world back on track. So long as there are a lot of people around, protecting property will probably be more important than protecting ordinary people. The weather is going to get tough, but it has been tough before. There will be more people standing around in the mud but there will also be space traffic overhead. More like the way things were set up in medieval times.

A response to the Lew Rockwell fan. First, a big thank you for reminding me about Flandry. Been years.

Second, about that graph. The source is explicit: those figures are about the city of Rome itself. I'd argue that when people speak of the "decline of Rome" they are talking about much more than just the city and certainly are talking about more than mere demographics. Not sure what was the point of invoking an ancient Near East historian.

WRT to few versus many, I ought to have been more precise. If one looks at the current generation of late antique historians, and go back one or even two generations, I believe you will find the term Dark Ages is out of favor and the notion of decline and fall has been deprecated in favor of evolution, change, or other more neutral terms. That said, the phrase and the interpretation it more or less represents is still very much current outside the research specialties, including public schools.

Re: The use of "Dark" as a descriptor.

Are the problems here really those of semantics?

Wasn't the term "dark" used once because scholars actually couldn't see any recorded evidence of civilisation in Great Britain (and these would have all been UK based scholars) after the Romans left Britain, and until works like those of Bede? Since then, we've had the discovery of Sutton Hoo and archaeology itself has moved on quite a lot. However people today use "Dark" not just to mean little or no light, but instead in the way they use it in "Grimdark" and "Dark humour"; sad, without hope, evil and threatening, and just in the same way that people confuse the "great" in "Great Britain" which is concerned with its geographical extent rather than its eminence.

When someone says the "Decline of the Roman Empire" to me, then I naturally think of the Romans leaving Britain, rather than of the sack of Rome. That's very parochial of me, sorry! Elsewhere, the end of the empire was undoubtedly much slower. By the time Rome was sacked it had already been replaced as the capital of the Western Roman Empire, and the Eastern Roman Empire or Byzantine Empire continued on for another 1,000 years, so you could argue that there was actually no fall. Surely, it is all in the way that you look at things and the words you use to describe them. It doesn't seem worth arguing over.

>It doesn't seem worth arguing over.
Ah, but you aren't a historian challenging or defending an interpretation of an age! <grin> Just about every phrase for every age has been argued over across multiple generations of historians. It makes for fascinating reading if you're in the field, and dreadfully dull reading if you aren't. 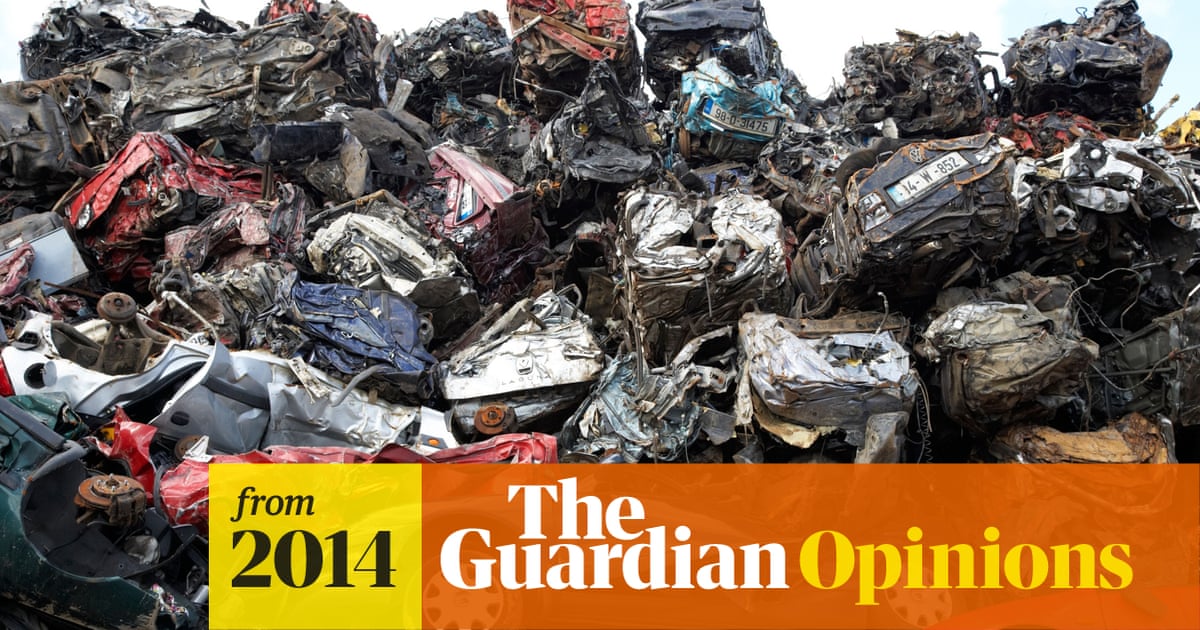 Graham Turner and Cathy Alexander: Four decades after the book was published, Limit to Growth’s forecasts have been vindicated by new Australian research. Expect the early stages of global collapse to start appearing soon

Graham Turner and Cathy Alexander: Four decades after the book was published, Limit to Growth’s forecasts have been vindicated by new Australian research. Expect the early stages of global collapse to start appearing soon

BAYLOR said:
They're not the first to project collapse.
Click to expand...

Nor will they be the last. Predicting the end of the world, of Civilization As We Know It, is nearly as popular as post analysis of football games.

Quite true. But some of the so-called predictions are nothing of the sort. Just because the Mayan Calendar ended on 21 December 2012, doesn't mean that it predicted the world would end. Every diary I ever owned ended on 31st December that same year. And Nostradamus predictions, like many others, are characteristically vague and open to interpretation.

The Club of Rome's, Limits to Growth predictions are based upon science and economics. And while it may not have been a very rigorous piece of research, the basic premise that unlimited economic growth on a finite planet is impossible cannot be disputed. To argue this further would become political, so I won't, but resources are finite and the environment has already been degraded. The argument can only be regarding the timespan.

We passed the point of debate about the climate. People can still argue about who is going to pay for past damages but there is a more immediate cost that needs to be paid now. That is the cost of responding to the effects of everyday weather. People's houses, businesses health, and livelihoods are getting knocked down by various things everyday. The amount of damage done is increasing every week, and the amount of unrepaired damage is also increasing every week. It cost money to put things back up right again, and even more if you want, or more likely need it done right away. Academics aside, it will be the quality and quantity of the response that will determine if we rise or fall.

Time to kick this on back upstairs