Excellent! I picked up the first volume two weeks ago and am about a third into it. It's really good so far!

Bren G said:
Excellent! I picked up the first volume two weeks ago and am about a third into it. It's really good so far!
Click to expand...

I had thought from breezing through the title it was the second volume! I need to reader slower !

Bren G said:
I had thought from breezing through the title it was the second volume! I need to reader slower !
Click to expand...

I think it’s the title that’s misleading! I’m glad you like the book

Tricksy title. I read this as Inish Carraig 2 is free. Oh well, congrats on the anniversary. I enjoyed it very much when I read it.
Deep Dark Space

@nixie - should we update the title since I’m causing chaos?

Jo Zebedee said:
@nixie - should we update the title since I’m causing chaos?
Click to expand...

Thank you, hare of wonder.

Okay so this is interesting - for the authors here.

Normally on a free promotion, unless I pay to promote it which I don’t unless I secure a bookbub (I didn’t even apply this time since I was mostly bored and just stuck it up one afternoon), although I also use Book Barbarian for 99p deals, I have about 40 downloads, often to people I know and a few who pick it up from the charts. This time I’ve had coming on for 500 and climbing rapidly again tonight. Also, this time, it’s mostly America where Inish has always been (unfairly, I’ve always felt, given America’s love of Ireland) so niche it’s practically it’s own genre .

this time, it seems to have got picked up by a free kindle promotion site a couple of days ago (a google search finds them a day later) which has happened before and there’s a one day spike. But now it seems to have been picked up by several, and to have been promoted as a recommended read (based entirely on ratings, as far as I can see, as their criteria is 4.5 over 50+ reviews and Inish is just above that over 70+) and now this one has it, and has included it in its mail out 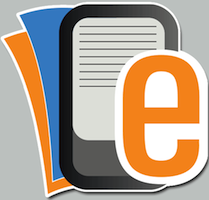 eBookDaily emails you the best 1-day $0 Kindle book freebies, personalized for you every day. Each ebook is free for 1 day only.

so, some thoughts for those interested in how the whole promo-reading-sales paradigm works

is this any good, since I’m giving it away free?
yes, yes, and yes. For a couple of reasons -
possible reviews (100+ opens a wider door to eg a bookbub and raises any promo ahead of book 2 to a much more effective thing) -

word of mouth (Inish has always been about a slow word of mouth build. It gets recommended, it is the only book I’ve written that has that (Waters is growing though), and the recs are strong on it) -

the tail wagging (after the promo ends you often get a few sales and my other books may get a lift, too, although that’s usually low level for me given how different Abendau is, but as I release more Irish stuff, becomes more significant) -

Amazon noticing (never, never, never promote on your long listing, always take off the identifying tags that show all the lovey downloads came from one promo link. Amazon don’t pick up indie books and run with them the way they used to - but they still do take notice of books that sustain momentum, and Inish has had decent sales over the years)

anyhow, it’s a fun blast, as it always is with this wee gem. (@Boneman and @TheDustyZebra - the editorial team - always should get a call out too, for their great support and professionalism)