Worf was a jerk..

I was just watching some TNG last night and came to the realization that Worf was a complete jerk to his adoptive parents, The Rozhenkos. Think about it, they came to visit him on the Enterprise and he was embarrassed by them. They take in Alexander after his mother dies, right? After a couple years they bring Alexander to Worf -- Alex is around for a bit -- then he just vanishes. Alexander doesn't return again till Worf marries on DS9 years later.

Worf SON OF MOUG (nee. Rozhenko) wanted little to do with his adoptive parents in the early years before fully and completely writing them out of his live a season or two later. 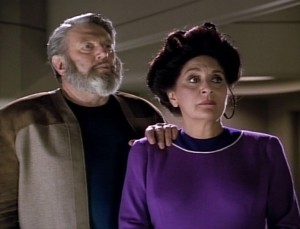