This is not unrelated to a thread I started a while ago about Young Adult books of a similar sort, but right now I am thinking of books written for a more general readership.

I recently finished a couple of books by Bec McMaster: Kiss of Steel and My Lady Quicksilver. Steampunk romance in a Victorian England ruled by vampiric aristocrats. (There is a Queen and a Prince Consort who are never named, but I think we can all guess who their counterparts are supposed to be!) I quite enjoyed the books, and will probably be reading others in the series very soon.

But I am curious to know if anyone else has read them and could recommend others of the same type.

Sounds as if you'd like my The Girl With Two Souls when it comes out. Edwardian steampunk with the beginnings of romance...

Others - have you read Viaduct Child ? Really super book.

Thanks, Stephen! I will look for both of those books.

I haven't read them Teresa; only books of the genre I've read are some of Gail Carriger's, which are unashamedly silly and oodles of fun.
jspinkmills.com

Those are the ones I typically call Gaslite or Gaslamp Romances.

You might enjoy The Baskerville Affair Series by Emma Jane Holloway

You should have a look at Liesel Schwartz's The Chronicles of Light and Shadow trilogy too. A Conspiracy of Alchemists being the first from Del Ray I think.
Gail Carriger's Souless series certainly gets the thumbs up from the humour side.
On the smaller press side of things Sam Stone's Kat Lightfoot Novels from Telos Publishing. Zombies At Tiffany’s and Kat On A Hot Tin Airship - they are exactly as the titles imply. I suspect these aren't what your looking for as there is more of a comic book heroine approach.

I really like Gail Carriger's SOULLESS series - definitely fits the bill for Steampunk Paranormal Romance and it's really funny to boot. There were scenes where I had to curl up and laugh it out.

I would not be surprised if the Parasol Protectorate was to get its own film or TV Series, I would love to see the BBC Having a bash. I have only read Soulless yet, but will be reading the rest, and I suspect it could potentially work as the filler Fantasy show between seasons of Doctor Who on Saturday Night. They really haven't tried to fill that gap with a decent show, hasn't Atlantis been cancelled? I didn't even watch, just more boring Greeky mild fantasy stuff, there's tons and tons of that sort of thing in competition. And did Plato ever describe the Atlantans as being Greek, or sharing the same mythology etc? Very boring path to take, lets make the Atlantans basically Greeks. Would have been more fun to portray them as the different, significantly more advanced militaristic culture they were supposed to be.
R

One I have but haven't read looks interesting, Elizabeth Bear's New Amsterdam.

Caledfwlch said:
I would not be surprised if the Parasol Protectorate was to get its own film or TV Series, I would love to see the BBC Having a bash.
Click to expand...

Yes, please to that! A series would be fab. If it's done right, we'd be rolling around laughing our heads off!

I know she is technically more "conventionally" beautiful than Alexia is supposed to be, but I could actually see Jenna Coleman who also has quite mediteranian looks pulling the role off, I think as Clara in Dr Who she shared a lot with Alexia anyway.

Funnily, I could actually see Peter Capaldi pulling off a wonderful Lord Maccon, but with luck, he will be too busy filming Dr Who for the next 20 years before they have to drag him out the tardis and shoot him to get the role vacant

And if his Acting skills extend to pulling off someone incredibly Camp, then I could actually see Marc Warren playing Lord Akeldama, he has quite a sort of strange, pixie ish face, as Akeldama is supposed to. If anyone is unsure who he is, he was the young blonde guy in Hustle, played one of the "Doctor Fanboys" in the Dr Who Series 1 episode Love and Monsters, and most recently, played the "Gentleman" the Fairy at the heart of Jonathan Strange and Mr Norrel's plot.

So Marc Warren as A Future Lord Akeldama? Keeping the Victorian Theme, how about reuniting Jenna with Matt Smith as Lord Akeldama 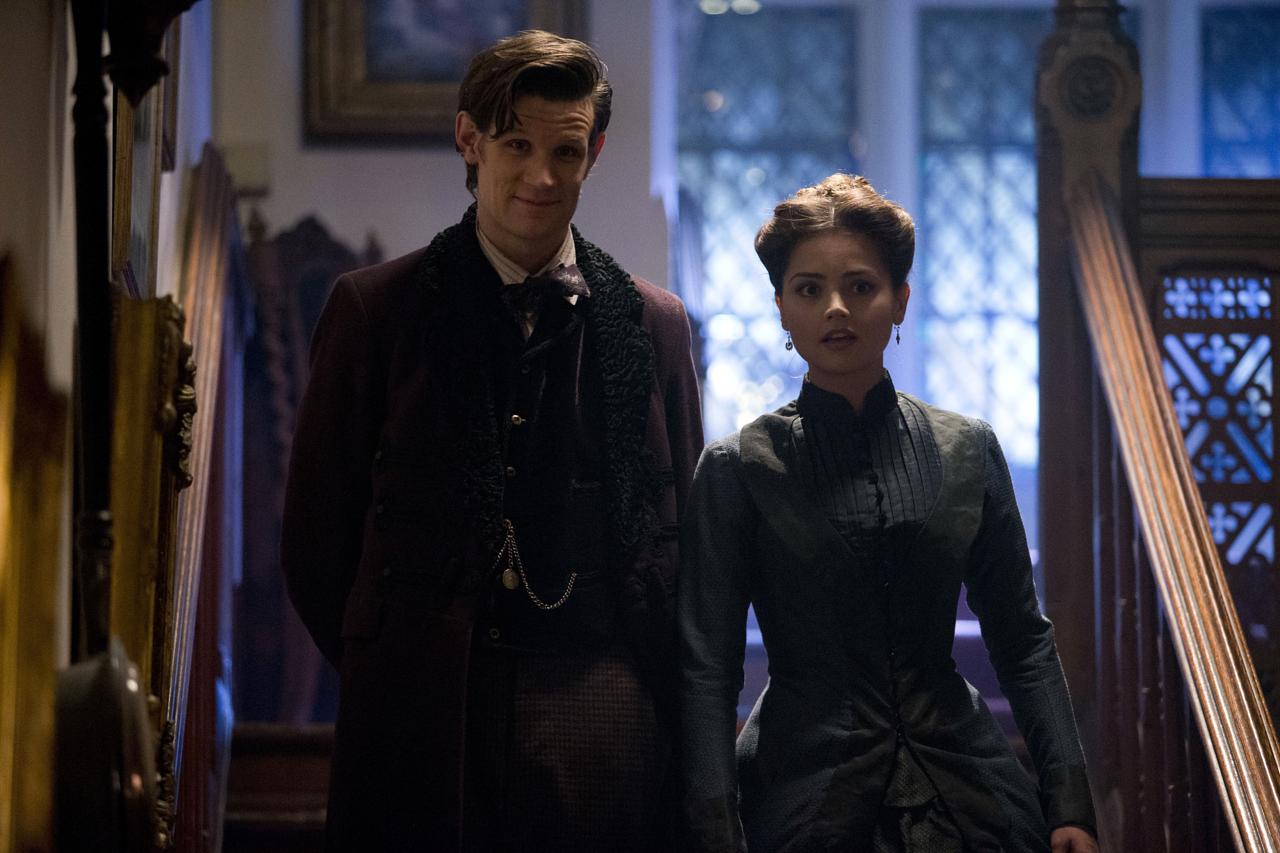 Lord Maccon getting to his usual baffled state, when meeting Alexia after nailing the Vampire at the start of Soulless

Jenna Coleman may have the wit to be Alexia but she isn't busty enough to be her. Gail Carriger gave Alexia a very definite body type.

Keeping the Victorian Theme, how about reuniting Jenna with Matt Smith as Lord Akeldama

Lord Maccon getting to his usual baffled state, when meeting Alexia after nailing the Vampire at the start of Soulless

I have read Kiss of Steel by Bec McMasters on my kindle and really enjoyed it. I have been toying about with reading the others, but they seemed centred on other characters, Honoria's siblings and others when I would prefer reading about Blade and Honoria's further adventures.
You must log in or register to reply here.
Share:
Facebook Twitter Reddit Pinterest Tumblr WhatsApp Email Share Link