Uncle Hugo’s, the oldest independent science fiction and fantasy bookstore in the US founded in 1974, burned down during the recent riots protesting police brutality and racism in the wake of the s…

The building that was Thorpe's bookshop in Guildford, a treasure that I wrote about recently.

NOTE: Following the closure of The Pool and with it the disappearance of its online archive, I’ve decided to republish a few of the pieces I loved writing the most for them here, starting with my ode to bookshops. This piece was originally published in The Pool in 2017. Now it’s the end of the Thomas Thorp story

THE joint owner of a Guildford bookshop which is closing after nearly 100 years has said his business simply ran out of customers locally.

Extollager said:
*Oldest in the US, anyway, but is there any sff bookstore in the world that has been around since 1974 or before?
Click to expand...

Bakka Books, now Bakka-Pheonix Books, opened its doors in 1972. I spent many, many days rummaging through their shelves.

I understand that Dreamhaven Books and Comics in Minneapolis was also vandalized in the recent riots, but not destroyed like Uncle Hugo's.

The attacks on bookstores occur against the context of just plain economics and retirements involved in stores shutting down.

There's quite a bit of new information in this article from Publishers Weekly. 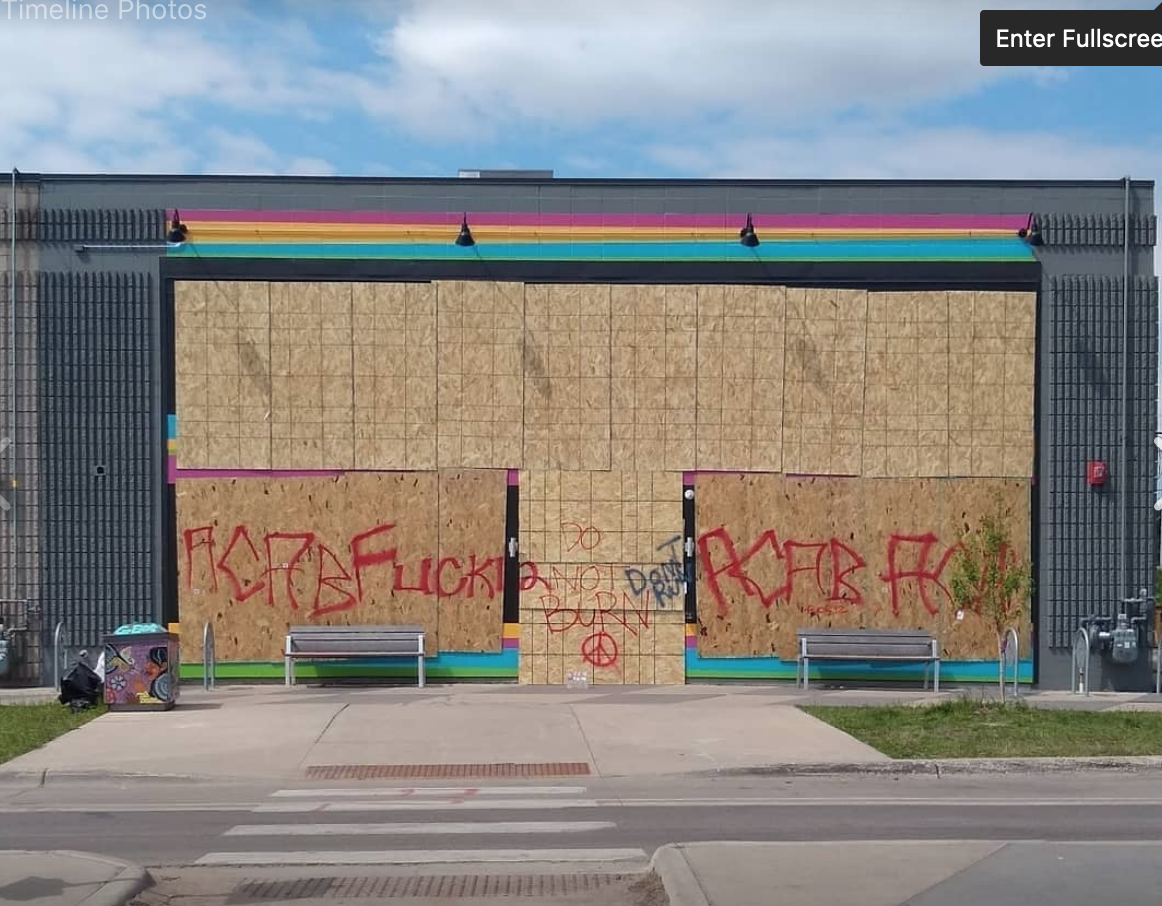 Twin Cities bookstores tried to weather the civil unrest that continued throughout the weekend. While Moon Palace Books remained mostly unscathed during days of rioting, Uncle Edgar's and Uncle Hugo's burned down.

The Uncles gofundme got a little ahead of itself but it's apparently in transition now. 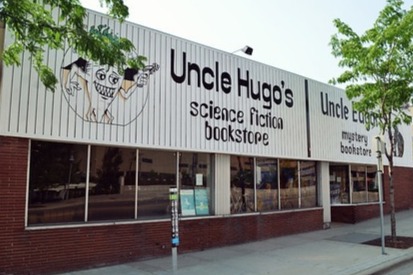 WE NEED TO SAVE THE UNCLES! Uncle Hugo's is one of the shining landmarks of … Sam Blyly-Strauss needs your support for Let Us Help Save Uncle Hugo's PAUSED

Our World is Dying

Ukazoo books in Towson, Maryland, has been the place for used books around here for 15 years or so. Only thing is, while they are still open, I highly doubt they are going to last. Their first location, back in the day when they were near the Towson mall, always seemed to have a far better inventory. Even the store layout itself had a wonderful charm to it, with tons and tons of books to comfortable chairs to sit in while checking out prospective (often used, but sometimes new) books.

Then they had to move, and everything went drastically downhill. This was two years ago, and every time I visit them at their new location, they have bare shelves and hardly any business. The store layout is bland and doesn't have the charm of the old place. The chairs are gone too. Add to that the problems many places have had recently with the Covid 19 stuff, and I'm sadly very certain that they won't be around much longer.

Here's an interview with a philosophical guy whose Minneapolis sf bookstore, Dreamhaven, was vandalized, but not destroyed. I haven't seen a TV interview with any bookstore owners elsewhere. There is no political content in the video. He looks to be my age. I might feel more like just retiring than he seems to. 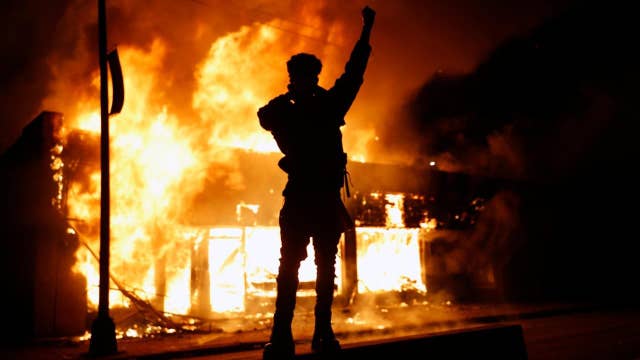 Minneapolis bookstore broken into during riots with intentions of causing damage: Owner

Dreamhaven Books owner Greg Ketter on his business being broken into and vandalized during the Minneapolis protests as well as other businesses.

The photo was supplied to me by a correspondent, from Publishers Weekly I believe.

Armstrong's in Coventry in the 90s, probably long gone now, bought a ton of SF mags from there, literally stripped some shelves, that's how I got my collection started.
Analogs, Amazings, Galaxy, Ifs, Magazine of F & SF, Fantastic, great selection plus tons and tons of books, nothing like it now sadly.

P.S. Who the hell would want to vandalize or burn a book store, some people are just insane!!!
Last edited: Jun 9, 2020

Not stores themselves, but it's kind of disheartening for me sometimes when I go into a large bookstore/library and see the thousands of books, knowing that there are so many great stories in there that will never get the chance to read.

Tell me about it, I've only read a fraction of my collection and am still buying the damned things!!!

Mournful words (from a blog entry) from Lars Walker about Uncle Hugo's in Minneapolis:

-------the area of main damage in Minneapolis, around the intersection of Hiawatha Avenue and Lake Street, was my old stomping grounds. I lived in that area for much of my twenties. Not only am I familiar with some of the destroyed businesses, I even remember what businesses were there before them. Spent a lot of time waiting for buses around there, back before I owned a car.

The most famous casualty for readers is of course Uncle Hugo’s Science Fiction Bookstore. Uncle Edgar’s was its twin, serving the mystery market. Uncle Hugo’s was not only a cultural landmark but one of the seedbeds of the whole Fandom movement.

I wasn’t a regular customer at Uncle Hugo’s, but I’d been there a number of times. I participated in a book signing there once (that was where I met Lois McMaster Bujold).

And it was there I had gone way back in 1984, flush with the excitement of my first commercial short story sale, to Amazing Stories. I asked the owner to order me extra copies so I’d have a stock to give away (I wasn’t aware I could order them from the publisher – that’s how green I was). When I went to pick them up, he asked me to sign a couple copies he’d ordered for himself – “So I can show them to people when you’re rich and famous.”

Extollager here again: The mortality of bookstores, particularly the specialty ones and/or used books places, evokes again my wish that people would record these places in words and images while they can. I prize a couple of poor-quality photos of H & H Furniture Company in Coos Bay, Oregon, that I took in 1976 while the building was still there; that was a second-hand store where I used to find old Marvel comics (5c each, I think) and even a science fiction paperback or two. How bitterly I'd regret it if I had no pictures of that place that was so important to me in the 1960s. How I wish I'd got pictures of Blue Goose Books in Ashland, Oregon, in the early 1970s before it moved from its location next to Toad Music... and eventually disappeared. I urge Chrons people, if there are such locations still around that you can photograph and write about, or of which you can find reminiscences and pictures, to post them here and share them -- before they are lost forever.
Last edited: Jun 13, 2020

Here is H&H in 1976. There was no used book store in Coos Bay when I was growing up there. You might find some old comics and paperbacks in a "junk store" like this.

In the top picture, on the left side, in one of the windows you'll see a white rectangle. That was a sign that read MAGAZINES. You'd enter the store and turn to the left immediately to see if there were any comics in that you hadn't seen before.

I wrote an article about H&H, published here (starts on page 9):

All of the bookshops, new and used have been shut here since mid-March.
I look forward to the day when things reopen. I shall spend a weekend in Hay on Wye mainlining the smell of old books.

I ran across this old account of a bookstore closing its doors -- specialized in children's books. Anyone here ever visit there? 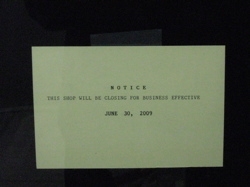 Closing the book on Hodge Podge

So when we heard the other day that Hodge Podge Books, the children's/young adult book shop on Lark Street was closing after 27 years, we thought "Ohhhh. It's like The Shop Around The Corner in that Meg Ryan movie. It's kind of sad." And it is sad. But just a

There used to be a shop called Rodney's books and games in Barking when I was a teenager. I used to go in there quite a lot and get some SF books or comic (mostly, it was Cinefex magazines). The rears half was games and SF merchandise and the front was all second hand books and magazines. I spent many a time there looking through.

Weirdly enough, I had a dream about the shop a few months ago and had a desire to go to Barking to see if it's still there. Alas, no and Barking is a scary place now.

Rodders said:
Weirdly enough, I had a dream about the shop a few months ago and had a desire to go to Barking to see if it's still there. Alas, no and Barking is a scary place now.
Click to expand...

Gone to the dogs has it? I'll get me coat...
Deep Dark Space

Extollager said:
There's quite a bit of new information in this article from Publishers Weekly.

Twin Cities bookstores tried to weather the civil unrest that continued throughout the weekend. While Moon Palace Books remained mostly unscathed during days of rioting, Uncle Edgar's and Uncle Hugo's burned down.