Fear The Walking Dead [Warning: Contains spoilers for Seasons up to S6]

Fear the Walking Dead has been renewed for a seventh season at AMC. The zombie series is currently in the middle of its Season 6 hiatus, having aired its final episode from Season 6A in November, one episode short of its originally planned 8-episode half-season due to the delays production faced from the coronavirus pandemic. The seventh season will begin production in 2021 and likely air in late 2021 or begin early in 2022. No official date has been revealed yet for production or premiere. There are 9 episodes remaining in Fear the Walking Dead's sixth season, starting to air in early 2021.
Click to expand... 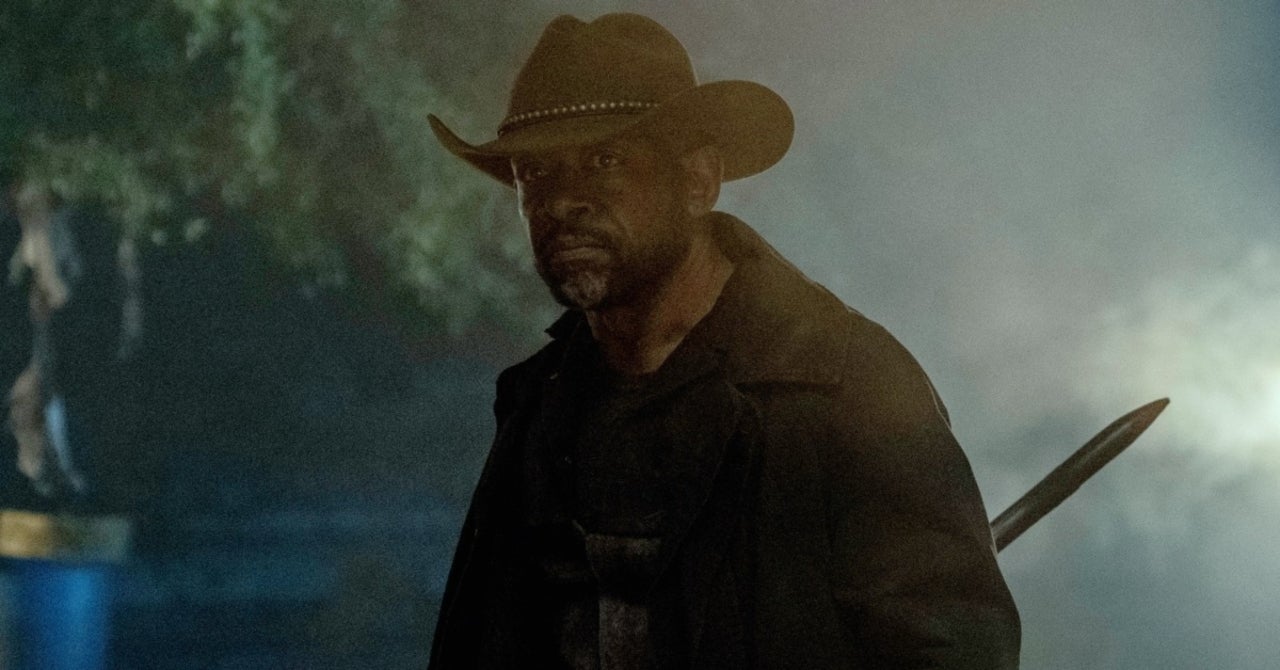 Colman Domingo teases Victor Strand "gives zero f***s" about anything but survival when he returns in the second half of Fear the Walking Dead Season 6. Last we saw him in the midseason finale, "Damage From the Inside," the newly-appointed Ranger Strand pledged his loyalties to Virginia (Colby Minifie), who has what Morgan Jones (Lennie James) most hopes to save: a pregnant Grace (Karen David). As Morgan grows more brazen in his mission to free members of his group still under Virginia's control, forcing everyone to take sides, new alliances will form, relationships will break down, and loyalties will forever change when Fear continues.

"You thought Strand in 6A was something....just you wait til April 11th. Strand gives zero It's all about survival," Domingo tweeted alongside a clip from the front half of the season, where Strand deceives inmate Sanjay (Satya Nikhil Polisetti) before using him as bait.
Click to expand... 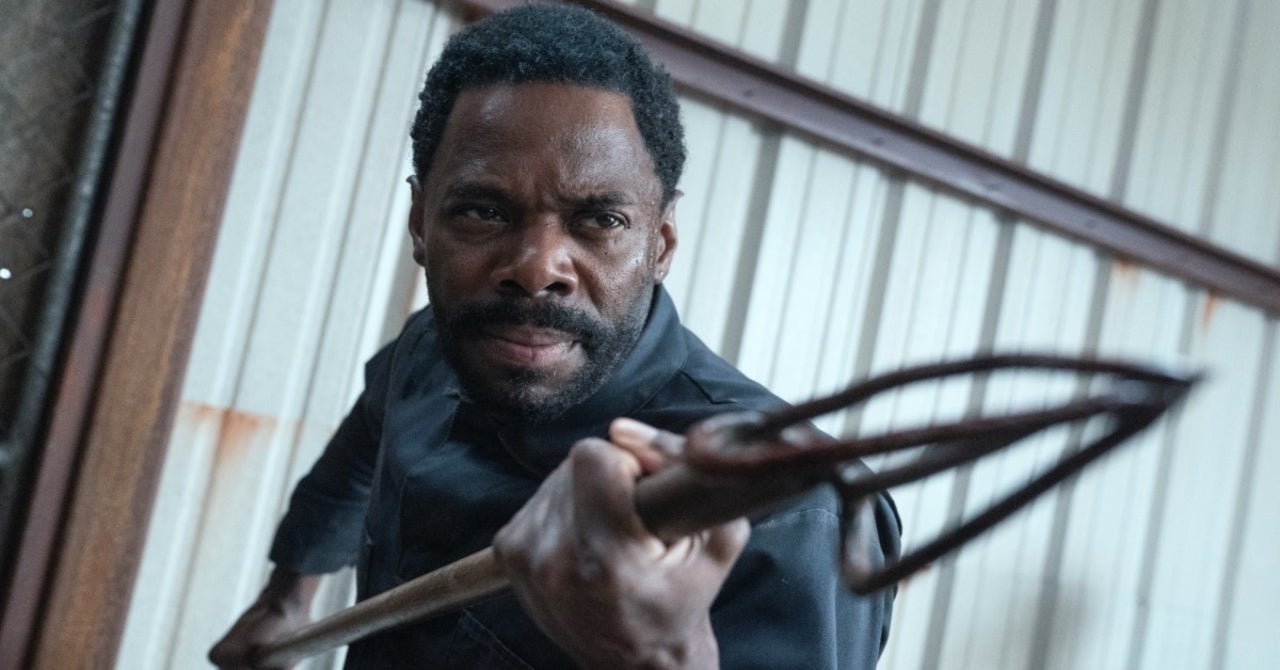 Colman Domingo teases Victor Strand 'gives zero f***s' about anything but survival when he returns [...]

Fear the Walking Dead will film in Round Rock, Texas, just minutes from where Madison Clark (Kim Dickens) appeared to die in the fourth season of the Walking Dead spin-off. The Texas-based zombie drama was first filmed in Austin and nearby Round Rock in Season 4, transforming the Dell Diamond baseball stadium into the post-apocalyptic community home to Madison and her group of survivors. In Fear's most recent midseason finale, "Damage From the Inside," Alicia Clark (Alycia Debnam-Carey) referenced the location when she considered returning to the stadium to escape new enemy Virginia (Colby Minifie).
Click to expand... 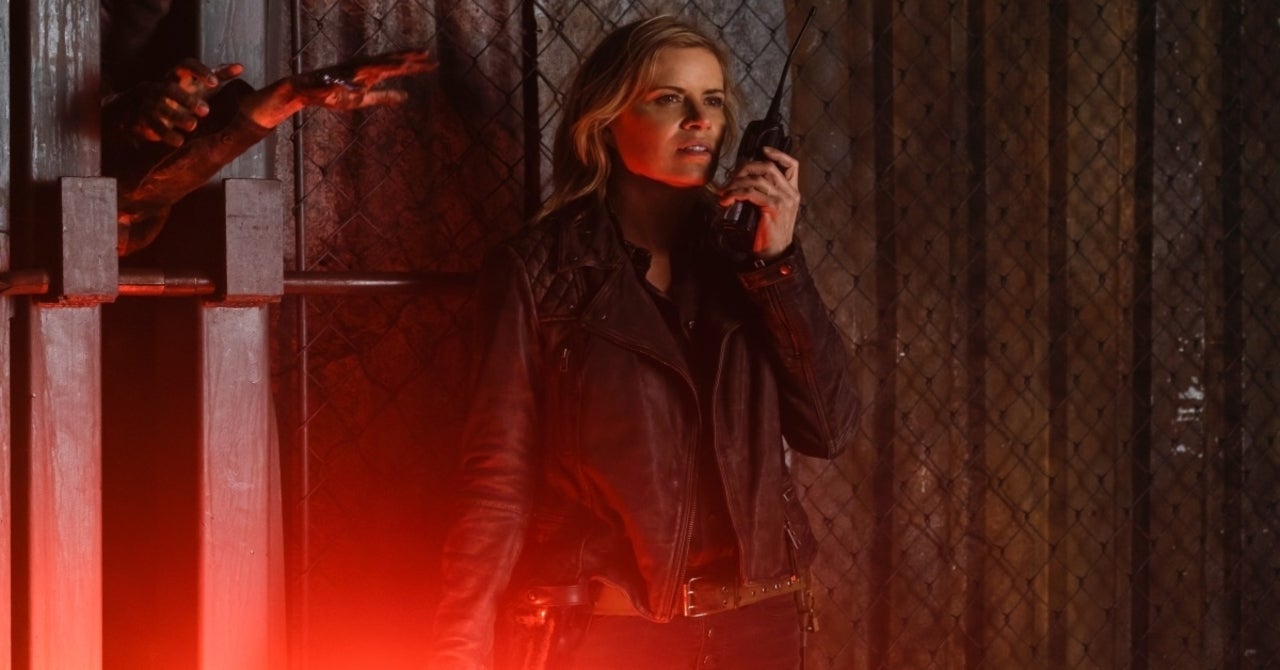 Fear the Walking Dead will film in Round Rock, Texas, just minutes from where Madison Clark (Kim [...]

Ok do the WD franchise reads these forums

nixie said:
Ok do the WD franchise reads these forums
Click to expand...

They do. Both Disney and AMC does it and the information get forwarded to them.

I'm telling you darling, the numbers are false. I've said it several times, I have threads that some of them have two million views.

"God, John. That is some ugly mustard." When Morgan Jones (Lennie James) reunites with John Dorie (Garret Dillahunt) for the first time since Virginia (Colby Minifie) shot Morgan point-blank and left him for dead in the cliffhanger that ended Fear the Walking Dead Season 5, he finds the gunslinger in his darkest moment. Morgan survived Humbug's Gulch with the help of a stranger who left behind a note — "You still have things left to do" — and he's spent the first half of Season 6 on a mission to find and free the rest of his group of survivors still living behind Virginia's walls.

In "The Door" and "Things Left to Do," the first two episodes of the nine-episode Fear Season 6B released to ComicBook.com and other press, mysteries are solved, secrets are revealed and the truth exposed, and standoffs turn to shootouts when the post-apocalyptic horror western returns on April 11th.
Click to expand...

Point blank: this is the best Fear in years. 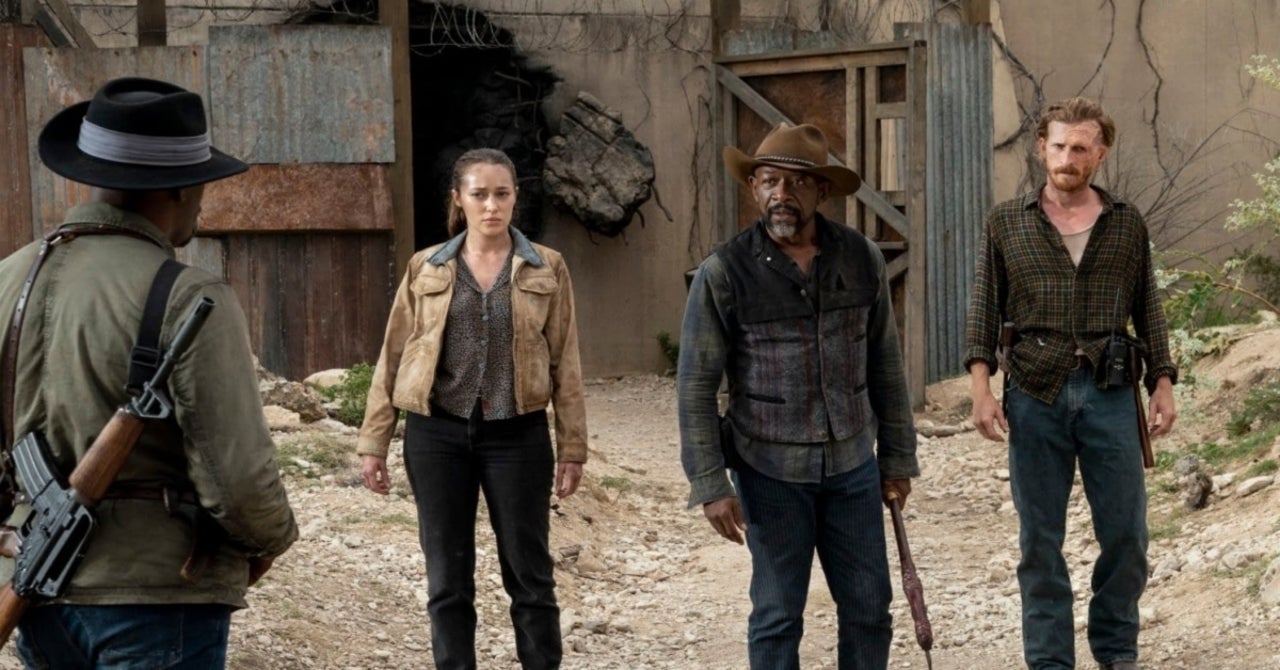 'God, John. That is some ugly mustard.' When Morgan Jones (Lennie James) reunites with John Dorie [...]

Exciting. Don't click the link as it is full of spoilers, which I tactfully avoided.

CB: My last thing on the Fear front is a question I'm sure I'm not the only person asking you, but it's probably the one question you can answer for nobody. With Alicia mentioning the stadium, I don't know if you read what's on the internet, we've gone crazy thinking there's a chance we might get an indication of Madison being out there, Kim Dickens coming back in a flashback or Madison is still alive. What can you say to the people who are on such speculation trains that Madison is out there somewhere?

SG: Keep hope alive? I was in a chat for New York Comic Con, I think. I don't usually... I don't know. I don't usually have Q&As directly with the fans like that. I don't know why it just doesn't come up that much, which is something I should ask people about. But it was weird to be in that because, yeah, there were a lot of questions about Madison. And it really is true that we're kicking a lot of things around, not just within... We've had discussions of Fear. We've had discussions with Tales of the Walking Dead, and then even within the Walking Dead universe. There's all sorts of possibilities. We investigate that past a lot in stories, especially with Tales of the Walking Dead. So if it were all to come together, it would be amazing, but there's some things floating around that are truly awesome.
Click to expand...

The Walking Dead: Scott Gimple on Past, Present, and Future of Movies, Fear, and World Beyond