That's what they aim to do with the new series. It's just ten year after, when they start.

Upcoming spinoff The Walking Dead: World Beyond is set primarily in Nebraska, a location that has ties to the second season of The Walking Dead. The new series' first trailer hinted at this previously unexplored setting, since confirmed by World Beyond co-creator and TWD chief content officer Scott Gimple, a longtime writer-producer on the main show starting with Season 2 in 2011. As explained by Gimple, this location was selected because it's far from Georgia and Virginia — both settings of The Walking Dead — and Texas, now the primary setting for spinoff Fear the Walking Dead.

Viewers will remember the Cornhusker State was mentioned in TWD Season 2 Episode 8, "Nebraska," where Rick Grimes (Andrew Lincoln) and Glenn (Steven Yeun) ventured beyond their temporary farm residence in search of the missing Hershel (Scott Wilson). The three men then encountered a pair of armed stragglers, Tony (Aaron Munoz) and Dave (Michael Raymond James), the latter reporting rumors of "a rail yard in Montgomery running trains to the middle of the country," namely Kansas and Nebraska.

According to Tony, Nebraska was a holdout in the wake of the zombie outbreak because of a low population and "lots of guns." Now a decade into the apocalypse, World Beyond reveals a new society: one that is home to more than 10,000 survivors, each of them belonging to one of three major civilizations in TWD Universe bound by the three-circle symbol associated with the covert CRM organization.
Click to expand... 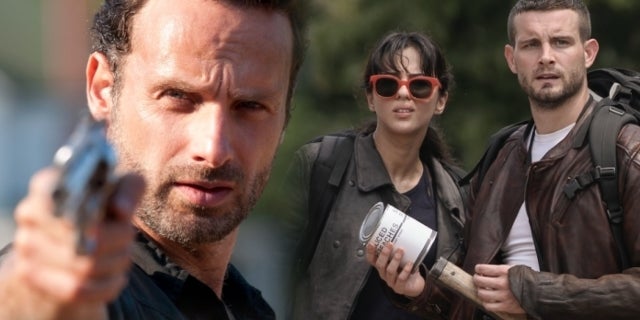 TWD: World Beyond Setting Ties Into The Walking Dead Season 2

Upcoming spinoff The Walking Dead: World Beyond is set primarily in Nebraska, a location that has [...]