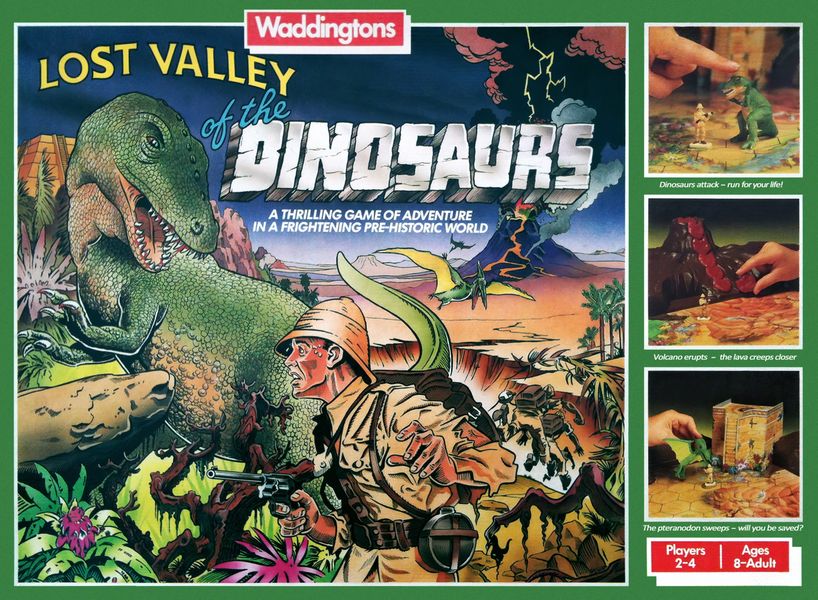 Surely this must be the precursor to Jurassic Park: Danger! 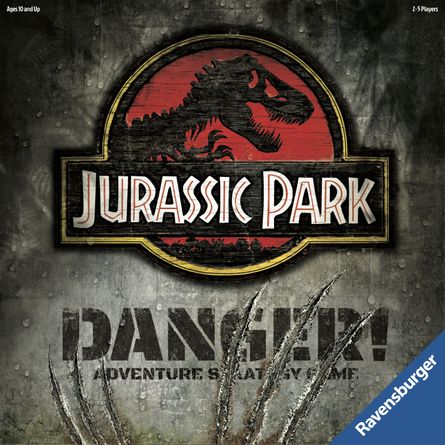 Alan Grant and friends run and hide from a pack of Dinosaurs who try to eat them.

boardgamegeek.com
"Science fiction is central to everything we've ever done,
and people who make fun of science fiction writers
don't know what they're talking about."
Ray Bradbury​
D

Got these two games out last weekend.

The Awful Green Things from Outer Space is a micro game that has been around for decades, and has multiple editions. The Green Things try to take over the good ship Znutar. The crew player has various objects and tools to use on the Green Things, but you don't know the effect until you try them the first time. Unfortunately for me, playing the Green Things, the gas grenade (an area effect weapon) pulled a 4-dice to kill chit. And the valiant crew of the Znutar, aided by the redoutable robot Leadfoot, made sure that they had a steady supply of them.

Afterwards we dusted off Starmada for a quick one-on-one battle. I haven't played this in ages, but have recently gotten interested again in space ship games and wanted to refresh my memory on how this plays.

I have Starmada: The Admiralty Edition, which came out in 2008. I never bought any of the follow up editions or variants. The ship building system in the basic game is very easy (there is even a spreadsheet helper), but we never really explored the options (so I am not a Starmada expert by any means). Although the movement system is a bit quirky, it does make sense, and the combat system is straightforward.

We picked a standard ship (Victory-class heavy cruiser) vs a custom 'Strike-Cruiser' (faster, better shields, but only two weapons, albeit that pack a punch) that I quickly made up. I plunked a couple of old Stardate:3000 minis on the hex sheet, and we were off. My 'tactics' were to keep my distance and launch missiles at maximum range, staying out of range of the heavy cruiser's secondary weapons. Unfortunately on the very first turn, at maximum range, my opponent rolled some hot dice and knocked out one of my two missile launchers. Half-a-dozen turns later, I lost my second missile launcher. Time to run for home.

Afterwards, remembering a little more about how it plays, Starmada is not really the game for one ship against one ship. With the basic rules, there are not a lot of tactics, nor a lot of decisions to make, unlike, say, Star Fleet Battles. I've recently picked up a copy of Squadron Strike! The rule book is a tad thicker than Starmada, so we'll see how that goes.
You must log in or register to reply here.
Share:
Facebook Twitter Reddit Pinterest Tumblr WhatsApp Email Link
Top