Starflight really had me hooked for a long time - along with UFO Enemy Unknown (one of the few games I've actually completed) and its predecessor Laser Squad (This game taught me what happens when you pull the pin from a grenade but don't have enough action points left to throw the damn thing). Oh happy days.

Foxbat said:
Starflight really had me hooked for a long time - along with UFO Enemy Unknown (one of the few games I've actually completed) and its predecessor Laser Squad (This game taught me what happens when you pull the pin from a grenade but don't have enough action points left to throw the damn thing). Oh happy days.
Click to expand...

Starflight was my first PC game (after having an Atari ST and an Amiga) and it is probably still my favourite.

Some great old games I miss:

Best arcade game I played (in pubs) - Mr Do
D

Civ 2 is still surprisingly compatible with recent versions of windows. However, I find it hasn't aged as well as I remember when I replay it. Civ 5 was something of a disappointment, though I haven't played it for a good while and maybe they fixed that. Wizball was fantastic fun

Ahh Pokemon! Recently picked up the SoulSilver version - oh to relive the glorious best days along with a backlight so your spine does not have to contort to get every last drop of proper light to playby (that and they rejuggled the nighttime settings so that its no longer just hooting owls that appear).

As for other old games a few that are certainly top of my list:
1) Dungeon Master 1 and 2 - great games and its a shame we never got Dungeon Master 3!

2) Starcraft - first ever game I owned *my family were late advancing into the techno world* and still one of the best for story, atmosphere, cinematics and overall gameplay.

3) Homeworld - operatic music with best story ever and 3D!

4) Master of Orion 2 - can't really slip 1 in here, but 2 was certainly a well rounded and great fun game that has aged really well

5) Imperium Galactica 2 - can't be beat (except possibly partly by the game right above).


Yes, that was great. I tried starting it again a year ago, but it doesn't seem compatible with the graphics tablet I use instead of a mouse. Also, I had doubts whether I could bear to spend the hours painstakingly stealing all the ion cannon frigates from their spherical formation around that facility.

What about Half Life 2? It's probably one of the best SF dystopian games ever made, amazing storyline and the palpable atmosphere of that game made it one of the best in the history of games IMO

Our high school had a DEC PDP-11, and I remember my brother trying to write a version of Pac-Man using only the ASCII characters available. There was one test run where the monsters started eating the maze, and it was back to the drawing board. While my brother was working, he was constantly pestered by a classmate who wanted to "help," but was way out of his league. Since my brother showed an aptitude for programming, he was made an assistant admin, which gave him special access. When he finally finished the game—and it worked beautifully—the pest was insistent that he was going to write a Pac-Man game, too.

That's when my brother told him, "Oh, don't knock yourself out. I finally figured out the secret." Behind the scenes, my brother had already created a system command that linked "pacman" to his lengthy game code. So right in front of the pest he typed:

And the game started running right there! The pest freaked and ran for a terminal to try it himself. Meanwhile my brother was furiously removing the command link. So when the pest couldn't get the same three lines to work, my brother just innocently asked him, "Are you sure you typed it correctly?"
O

HoopyFrood said:
One game that I can play endlessly is Zelda: Ocarina of Time. Honestly, I will never get bored of that game and have played it more times than I can count. Brilliant game. Except for that damn' Water Temple, of course. Oh, and Hey, listen! Hey, listen! Hey, listen! No! Can't you tell I'm trying to ignore you?!
Click to expand...

This is the first game that came to my mind. Up until Uncharted 2, it was still the best game I ever played. Other favorites:

Location
This site will surely be suffering no shortage of

The Spyro games for Playstation were my favourite when I was younger. I felt, and still do feel, they have a certain charm which has never successfully been replicated since.
Still, that might simply be due to the fact I played them when I was so young, and they therefore felt a little more meaningful and enchanting to me than a game would to me at this age. Or perhaps not, as I recently played Orcarina of Time (the original) for the first time not long ago, and I wholeheartedly agree that it deserves its high praise.
(Am I really the only one who had no trouble with the Water Temple? Really, I couldn't help but admire its intricacy and complexity, and that it forced you to check every nook and cranny twice over. The dungeon design in that game was spectacular - I really hope they didn't dumb anything down for the 3DS remake.)
Last edited: Dec 10, 2011

Commodore 64: Wizball, Defender of the Crown


I also have an old Sega Saturn that I picked up cheap solely so I can play Shining Force 3 if I ever get around to getting the cds.

only differs in your mind

Location
Phoenix. Or is this Tatooine?

Oh, this is fun. I was lucky enough to be a part of the generation when the Atari 2600 just came out and arcades popped up everywhere. Yar's Revenge was one of the best 2600 games in my opinion. For the arcade, I played so many but Tempest stands out. I went to a convenience store once and there was a Tempest game with 43 credits on it and I got hooked. I have a MAME emulator on my PC so I still game those old arcade classics somewhat often. Robotron has the most plays on that. My next system after the Atari was a Sega Dreamcast and I loved San Fransisco Rush 2049. Oh my, yes. Driving games I have always had a soft spot for.

Here, I'm a man of the SNES and Windows 95 era, haha. That means I missed out on the Amiga, but no great loss, after seeing some of the games it held....

No, my favorites have been and always will be Super Mario World, LoZ:LttP, and the Final Fantasy games BEFORE Sony got their greedy hands onto the franchise. (Microsoft pretty well ruined it, or I should say Square Enix did so FOR Microsoft.) I wonder what FF would be like if it was still made for Nintendo platforms...?

Sony has nothing to do with Final Fantasy.

Cayal said:
Sony has nothing to do with Final Fantasy.
Click to expand...

Technically no, but it was when it migrated to their platform-the PS1-that the changes started that I disliked. Coincidence, I know, but I still stubbornly make that connection.


Actually, I would have much preferred that Final Fantasy stay in the same genre style as I or II, rather than the cyberpunk of XIII or even the steampunk/semi-cyberpunk of VII and VIII. (VIII didn't really have any steampunk aspects to it, true, but VII did and that was, with the possible exceptions of XII and XIII, my least favorite FF.)

Karn Maeshalanadae said:
I wonder what FF would be like if it was still made for Nintendo platforms...?
Click to expand...


Wel you'd have to jump about in the middle of your living room, flapping your arms about, and playing bowling mini-games in a disgustingly simplified gimmicky game. I'd imagine. Or prodding 3D things with a stylus.

Perhaps preferable to what they've done to the series now.

Ahhh back in the day I used to own an Atari thingymajig and I must say that I have to agree with Dave and go with:

Caterpillar
Space Invaders
Asteroids and a couple of others:

I would love to play this game again, the pain in the palm of my hand after trying to beat my nan in the 100m... it's a memory to treasure! My favourite event was always the Pole Vault though...

Did someone say PacMan? 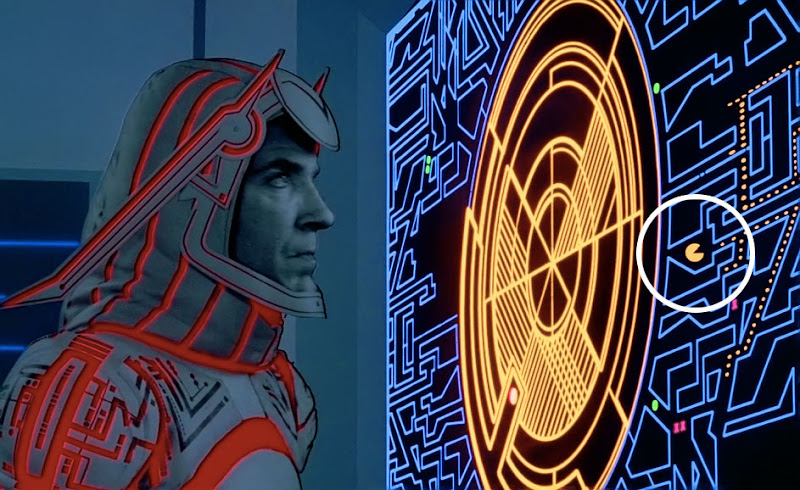 only differs in your mind

Location
Phoenix. Or is this Tatooine?

Adasunshine said:
Ahhh back in the day I used to own an Atari thingymajig and I must say that I have to agree with Dave and go with:

Caterpillar
Space Invaders
Asteroids and a couple of others:

I would love to play this game again, the pain in the palm of my hand after trying to beat my nan in the 100m... it's a memory to treasure! My favourite event was always the Pole Vault though...
Click to expand...

Ha! My friend and I broke or wore down so many joysticks with Decathlon. After playing that game it felt like you went through a workout. Activision games made the atari really worth having, Kaboom and River Raid and Megamania being my favs. BTW, the pole vault event had a quirk to it and by pressing the button repeatedly while soaring through the air, you could fly upwards (offscreen) for 5+ seconds and amass a huge score when you landed. A good Atari emulator is the Stella. Just have to g00gle the roms.
http://stella.sourceforge.net/downloads.php
You must log in or register to reply here.
Share:
Facebook Twitter Reddit Pinterest Tumblr WhatsApp Email Share Link