I've already posted my favourite. But of course I forget many favourites, so I'll just throw this out there and see if it splashes:
Not Waving but Drowning, by Stevie Smith.

Nobody heard him, the dead man,
But still he lay moaning:
I was much further out than you thought
And not waving but drowning.

Poor chap, he always loved larking
And now he’s dead
It must have been too cold for him his heart gave way,
They said.

Oh, no no no, it was too cold always
(Still the dead one lay moaning)
I was much too far out all my life
And not waving but drowning.
Starfarer SF

JunkMonkey said:
I have a copy published by Dover back in the 1970s. For me the illustrations in it, by Gustaf Dore, are apart of the poem, like the Tenniel illustrations for the Alice books are inseparable from Carroll's words. 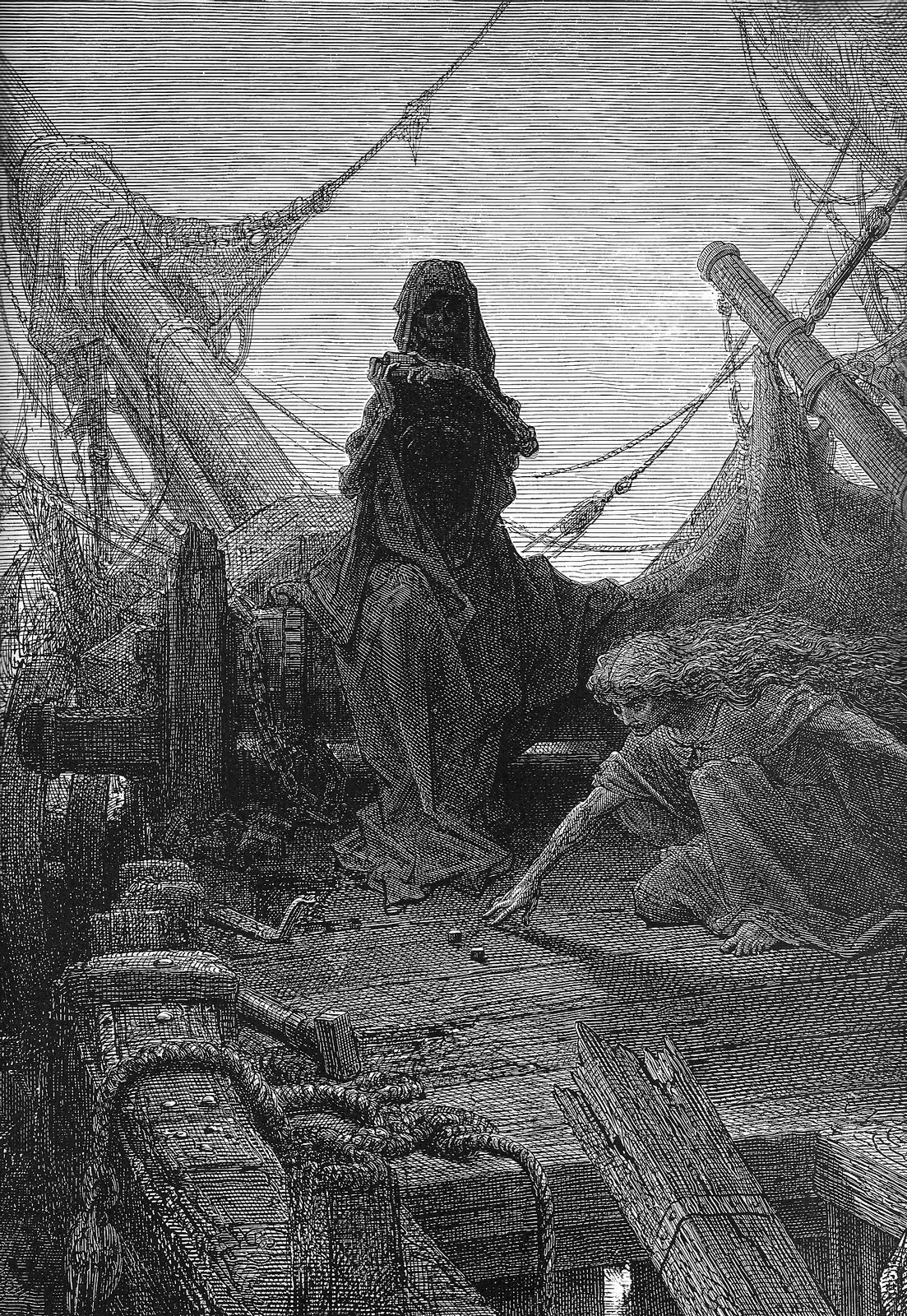 EDIT: As are Mervyn Peake's illustrations for the Hunting of the Snark (but preferably without the coloured pencil additions that some horrible child added to the first edition I bought many years ago in a junk shop).

Good to see lots of votes for Lewis Carroll here, my favourite from Carroll is "The White Knight's Song".
I would like to propose that The Fall's "Spectre Vs Rector",
although it's a song, counts as Poetry. The (disputed) lyrics are here. Very relevant to anyone interested in "genre" fiction

Poetry is something that I've never really appreciated. You can blame my education for wearing me out with the WW1 poetry in class.

I remember reading a fabulous 2000AD story about a woman that had some sort of portal and used it to get rid of her rubbish. At the end, the portal was in her own future and she drowned in a sea of filth of her own making. It was very clever as the entire story was told in Rhyme. There was another story called "A Cautionary Tale" about a kid who had no limit on his appetite. Again, written in rhyme. I think these were stand alone stories under the banner of Twisted Times.

I have to confess that rhyme and poetry are the same thing to me.

I also remember being really impressed with a poem about cars by E.E.Cummings called "She Being Brand New". I also think it was a metaphor for loosing your virginity.

Years ago I went to a writing group where one of the members wrote poetry. Or at least he wrote prose
Which
He read out
In his poetry
Voice.

Which convinced me that the best poems rhyme. I too would go with Lewis Carroll's poems, especially "Jabberwocky", and Shelley's "Ozymandias". Mervyn Peake wrote some good poems, too. Kipling was good at pinning down ideas in verse. His poem "The Winners" contains the line "Down to Genhenna or up to the throne/ He travels the fastest who travels alone", which I borrowed for the title of a novel. Only one person has ever recognised it: interestingly, she wasn't a native English speaker.

There's a poem called "The General" by Sigfried Sassoon, which nails a certain type of powerful person perfectly, and still seems very relevant:

“Good-morning, good-morning!” the General said
When we met him last week on our way to the line.
Now the soldiers he smiled at are most of 'em dead,
And we're cursing his staff for incompetent swine.
“He's a cheery old card,” grunted Harry to Jack
As they slogged up to Arras with rifle and pack.

But he did for them both by his plan of attack.

Danny McG said:
There was an old man from Leeds
Who swallowed a packet of seeds
Etc
Click to expand...

There was a young lady from Bude
Who went for a swim in the sea
etc etc.
J

By Cearbhall Ó Dálaigh in honour of Eibhlín Caomhánach.